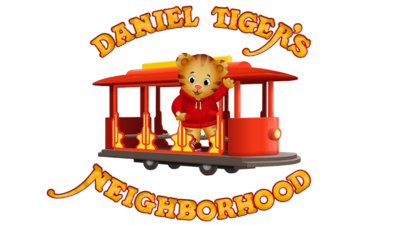 Pittsburgh, PA -- “It’s a grr-rific day in the neighborhood…!” The exclusive launch of Daniel Tiger’s Neighborhood toys at Toys“R”Us stores nationwide and online at Toysrus.com for the 2013 holiday season was incredibly popular, prompting the nation’s leading dedicated toy retailer to offer an expanded range of toys later this year, led by master toy licensee, JAKKS Pacific. And, on the strength of the initial program with Toys“R”Us, the assortment will broaden into additional categories -- from books to costumes and more – as well as into other major retail chains, including Target, Kmart and Barnes & Noble.

The property’s retail triumphs echo the success of the hit TV series from The Fred Rogers Company. Daniel Tiger’s Neighborhood which airs daily on PBS KIDS, has been a top-10 rated show across all kid’s TV ages 2-5, since its launch in September 2012. Season-to-date, the series has been one of the network’s top three shows with Moms every month, according to Nielsen’s NTI NPower research*. In addition, Daniel Tiger’s Neighborhood is the #1 PBS program streamed online, with over 40 million streams per month to mobile devices, more than twice the average for a preschool show.

“We’re very excited about the truly amazing response we’ve received from fans all across the country after debuting the Daniel Tiger’s Neighborhood line-up at Toys“R”Us,” said Samantha Freeman, Co-Founder and Executive Producer, Out of the Blue Enterprises, the licensing agency for the brand. “Our partners did an incredible job of creating products that beautifully convey the essence of the property and its characters, and provide a solid foundation on which to further grow the brand this year and for many more to come.”

A host of additional leading national retailers will also introduce licensed product in 2014, including Kmart and Target with a selection of merchandise; Barnes & Noble with a full line of books from master publishing partner Simon & Schuster Children’s Publishing under its Simon Spotlight imprint; Amazon with a range of goods; as well as the introduction of Daniel Tiger’s Neighborhood product to Canadian retailers for the first time.

This year also marks the introduction of costumes from Disguise; an expanded range of toys from JAKKS Pacific; more offerings from University Games, including a Colorforms Deluxe Playset, plus puzzles and additional games; and new Simon Spotlight book titles. More new categories and licensees will be announced soon.

Among the newest of the merchandise introductions are five book titles featuring a range of different formats from Simon Spotlight that hit shelves in January 2014. By popular demand, additional books will release this summer and next fall. The new books will focus on “first experiences” for young children and include “Daniel Goes Potty,” to feature a flush button, as well as “Daniel Goes to the Doctor.” These and other titles in the expanding book line are based on episodes from the award-winning TV show.

The animated TV series has garnered a number of prestigious awards, including the 2013 Kidscreen Award for Best Animated Series in the Preschool Category. Other honors include: 2013 Parents’ Choice Silver Award; 2013 Television Critics Association Award nomination for Outstanding Achievement in Youth Programming; 2013 Cynopsis: Kids! Imagination Award for Preschool Series and Honorable Mention for Educational App and Marketing Campaign for TV series; and, most recently, a 2014 Parent’s Choice Silver Award and 2014 Prix Jeunesse International Selection.

Daniel Tiger’s Neighborhood was created by some of today’s preeminent innovators of quality children’s media. Creator Angela Santomero, from lead production partner Out of the Blue Enterprises, is co-executive producer, along with Kevin Morrison of The Fred Rogers Company and Vince Commisso of the award-winning animation studio, 9 Story Entertainment. Each episode showcases two engaging stories starring 4-year-old Daniel Tiger and his best friends, who invite young viewers to come with them on fun adventures as they explore the colorful Neighborhood of Make-Believe. The innovative use of irresistible musical strategies reinforces the unique theme of every show, so that preschoolers and parents will want to sing along and incorporate them into their daily lives.