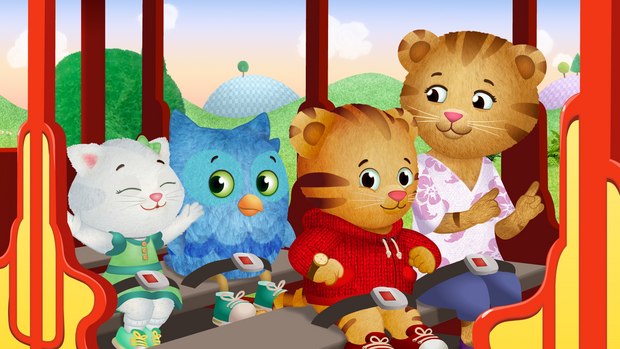 Toronto -- 9 Story Entertainment has announced the sale of the award-winning animated preschool series, Daniel Tiger’s Neighbourhood (80 x 11’ HD) to Nick Jr. Italy.  The deal was made through Italian distributor Funwood Media. The series is scheduled to be broadcast by Nick Jr. in March 2014.

Daniel Tiger’s Neighbourhood was recently awarded the Parent’s Choice Award (Silver Honor) for the second year in a row.

Daniel Tiger’s Neighbourhood offers engaging storylines modeling the core skills that form the foundation of early childhood development and school readiness. Daniel is a shy but brave 4-year-old tiger who lives in the beloved Neighbourhood of Make Believe and with the help of his neighbours, family, and friends – O the Owl, Prince Wednesday, Miss Elaina and Katerina Kittycat, he learns valuable lessons that prepare him for school and life.