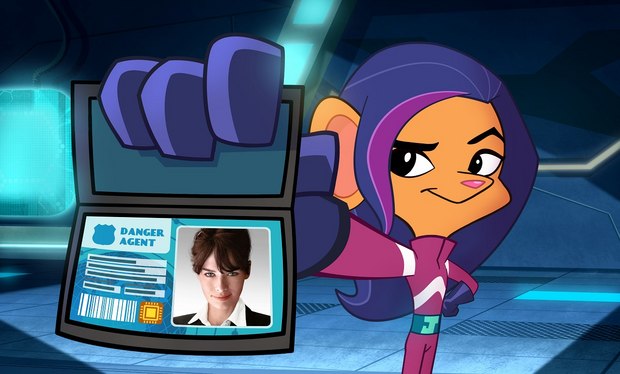 Meanwhile a world-exclusive preview of the new series was shown to great acclaim, while the panel also discussed the enduring appeal of the 80s TV icon and discussed the challenges of updating a much-loved cartoon character for a whole new generation of viewers.

Check out the preview in the player below:

“The Con fans were amazing and wildly supportive in the room,” said FremantleMedia Kids & Family Entertainment EVP of production and creative Bob Higgins. “The reaction to the episode and to the casting announcements was truly overwhelming…and I’m psyched that the excitement seems to be extending into social media and with the preview clip being shared globally!”

Licensed to thrill a whole new generation of fans, this reimagined new series follows the misadventures of the heroic, small but perfectly formed super spy Danger Mouse who returns in style to save a world teetering on the edge of disaster. Bursting with boundless confidence the show’s hero is still as cool as ever as he attempts to overthrow a host of villainous rivals with the help of hapless hamster Penfold and a collection of state-of-the-art gadgetry and vehicles.