Co-production partnership between BBC Children’s and FremantleMedia Kids & Family to see the return of the World’s Greatest Secret Agent in a new season commissioned by CBBC. 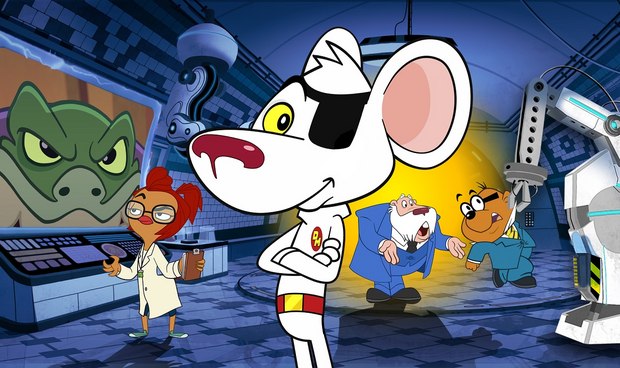 LONDON -- FremantleMedia Kids & Family and CBBC have announced that Danger Mouse is returning for a second series of animated adventures. Commissioned by CBBC Controller Cheryl Taylor, the series is part of FMK’s unique five-year co-production partnership with BBC Children’s and has now been sold into 100+ territories.

Danger Mouse returned to TV screens with a gadget-packed makeover in September 2015 and was an instant ratings and critical success. Licensed to a 21st century audience, Danger Mouse, together with his faithful yet hapless hamster sidekick Penfold, took on all manner of mind-blowing missions aided, abetted and aggravated by a menagerie of old and new allies and adversaries.

Showcasing the vocal talent of Alexander Armstrong and Kevin Eldon as Danger Mouse and Penfold, respectively, the series features the voices of a galaxy of British stars including Dave Lamb, Stephen Fry, Morwenna Banks, and Shauna Macdonald.

Rick Glankler, President/General Manager, FremantleMedia Kids & Family commented, “Danger Mouse delivered fantastic ratings from day one and I’m thrilled with the show's incredible success to date. Working with the hugely talented teams at the BBC and Boulder has allowed us to deliver a stand out international hit with a bright long-term future. The first series of Danger Mouse was packed with action, comedy and drama and the new series will deliver even more.”

Cheryl Taylor, Controller of CBBC added, “Crikey Chief, we are over the moon that our first series of Danger Mouse has been such a huge hit with parents and CBBC viewers alike. The high octane adventures of the mighty Mouse and his trusted pal Penfold are destined to be an appointment to view TV for years to come."

Voice of Danger Mouse, Alexander Armstrong said, “I have had enormous fun playing Danger Mouse whose style, bravery and wit I greatly admire. I am almost unbearably excited about what new magnificent missions and terrifying situations the writing team will come up with for Danger Mouse and Penfold in series 2!”

Kevin Eldon (Penfold) remarked, “It's a funny old world. You get no series of Danger Mouse for 23 years and then two come along at once. All right, there's been eighteen months between them but who's counting? I'm really looking forward to getting back into squeak mode as Danger Mouse's trusty if somewhat trembly sidekick Penfold. I'm sure we can expect lots of fabulous adventures featuring even more dastardly dastardliness and even more heroic heroicness. Is that a word? I'm not sure but I know one word that is definitely a word and that is: crumbs! “

FremantleMedia Kids & Family owns the global TV and licensing rights to the series. The first series has rolled out on several major broadcasters around the world and made its debut on Netflix in North America, Latin America, Benelux the Nordics, Poland Italy and Japan last month.

Originally produced by Cosgrove Hall Films for Thames Television Danger Mouse ran on ITV from 1981 to 1992. The series also proved hugely popular overseas and was broadcast in over 80 territories worldwide including Australia, Germany and France and it was the first UK cartoon to really break into the USA.