All-new ‘Danger Mouse’ series a colossal hit with young audiences, topping the ratings with a triumphant return to TV on the U.K.’s CBBC. 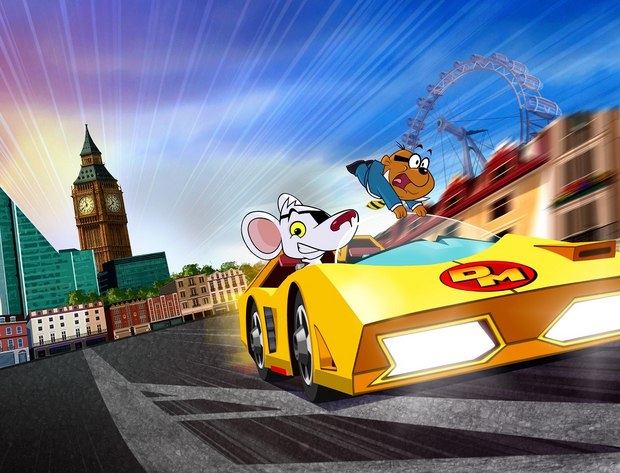 LONDON -- FremantleMedia Kids & Family Entertainment has announced that the all-new series of Danger Mouse has proved a colossal hit with young audiences, topping the ratings with a triumphant return to TV on CBBC. The animated series, starring dynamic secret agent, Danger Mouse has become the best performing new kids' show of 2015 for children aged 6 to 12 and 4 to 15, based on average figures for the first 15 episodes using data from industry ratings body BARB.

In addition Danger Mouse, by comedian, actor and Pointless host Alexander Armstrong, is the #1 in its time slot for boys 4 - 9 (across all channels) and is also #1 for 4 - 15 year olds (among dedicated children's channels).

Danger Mouse returned to TV screens with a 21st century gadget-packed, gag-laden makeover on September 28th, 23 years after the last series aired. The rebooted show got off to an amazing start and the series featured seven times in BARB’s Top 10 CBBC programmes in the first week of transmission alone. So far, a total of 2.4 million people have seen Danger Mouse on TV during the first three weeks of the run, with over two million views on the BBC's iPlayer catch-up service.

Excitement about the show continues to build, along with the viewing figures. The total audience (which also includes adult fans) grew by 11% between weeks one and three. The increase is even higher for 4 to 15-year-olds, amounting to 14% in the same time-frame. The rise for the audience aged from 6 to 12 is also 14%

As well as enjoying an afternoon slot on CBBC, the programs have been given a morning repeat screening, which has led to Danger Mouse becoming the highest rating morning kids TV show, judged by best performing episode, so far this year for 4-15 year old.  It is also the highest rated show of the year so far among 4 to 9 year-old boys (across dedicated kid’s channels).

Rick Glankler, EVP and General Manager FremantleMedia Kids & Family Entertainment commented, “We are absolutely thrilled with these ratings. We anticipated from our initial early screenings that the public were going to like the show so we are delighted to learn that Danger Mouse is entertaining millions of children and their parents across the country.”

The world's greatest secret agent is not only thrilling a whole new generation in the UK, but he is set to grow a global audience when the series rolls out internationally on Netflix and on free-to-air broadcasters from next spring.