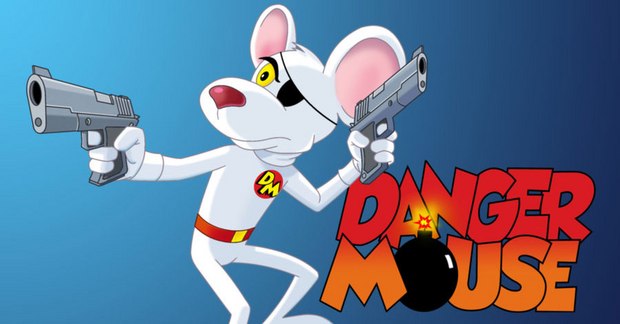 He's the world's greatest secret agent who faced dastardly enemies and deadly missions, captivating audiences for 11 years and becoming one of the most popular animated characters ever to grace UK television screens.  Now, 33 years since the series first aired, the heroic, small but perfectly formed white rodent Danger Mouse is back to save a world teetering on the edge of disaster and is licensed to thrill a whole new generation in the 52 x 11' animated, comedy adventure series. Commissioned by Controller of CBBC, Cheryl Taylor, the co-production with FremantleMedia Kids & Family is set to air on the channel in 2015.

FremantleMedia Kids & Family Entertainment owns the global TV and licensing rights to Danger Mouse and is partnering with the BBC to produce the new series which forms part of the division's five year partnership with BBC Children's.

Rick Glankler, EVP/General Manager FremantleMedia Kids & Family Entertainment, said: "The thrills, spills and comedy of this landmark international animated series are all still here but this rebooted version will be brought up-to-date for today's tech-savvy and content-hungry kids. Working with the BBC and Boulder Media means we have an incredibly talented team on board to deliver a stand out global comedy hit. In this new 21st Century version the laughs are set to be even louder as the world's smallest secret agent faces mightier missions, voracious villains and knee-trembling threats."

Cheryl Taylor, Controller of CBBC said: "Danger Mouse is the last word in debonair and delightfully eccentric heroics and with Penfold at his side the much-loved duo will win over a whole new generation of fans. CBBC is thrilled to be kick-starting their adventures afresh with our equally enthusiastic partners Boulder and FremantleMedia Kids & Family Entertainment."

Bursting with boundless confidence the show's hero is still cooler than a polar bear's toenails, facing fear with a perfect karate chop and a slightly elevated eyebrow.  His distinguishing eye patch has now been replaced by an "i-patch" with multiple technological functions.

Also returning to the show are DM's trusty sidekick and hapless hamster Penfold, and other familiar faces along with a host of new characters, locations, gadgets, villains and vehicles.  Danger Mouse's HQ will still be housed in a red post box but his nerve centre will be now packed with state-of-the-art wizardry.

Brian Cosgrove co-creator of the original Danger Mouse series said: "When I helped to create Danger Mouse I had no idea the show would be such a huge success both in the UK and overseas. I am delighted that a whole new generation will be introduced to his daring deeds and thrilled to be part of this new 21st century series. I can't wait to find out what he's been up to for the last 23 years."

Originally produced by Cosgrove Hall Films for Thames Television Danger Mouse ran on ITV from 1981 to 1992. The series also proved hugely popular overseas and was broadcast in over 80 territories worldwide including Australia, Germany and France and it was the first UK cartoon to really break into the USA.