The 2D animated series follows a little hamster who dreams of becoming a cowboy in the Wild West; currently in production, the show has been presold to Super RTL in Germany, Denmark’s DR, Sweden’s SVT, RTS in Switzerland, Norway’s NRK, Arte Editions, and KMBO and TV5 Monde in France. Directed by the Swiss illustrator Antoine Rota (Kaeeloo) and Caz Murrell, Billy the Cowboy Hamster (52 X 11mn) targets 4- to 7-year-olds. The series, based on the popular book series by Dutch author and illustrator Catharina Valckx, has sold over one million books in France and is popular in many other countries. The show follows three friends, Billy, Jean-Claude the worm and Suzie the stone marten as they embark on thrill-seeking adventures.

In the series, Billy wants to become a cowboy, but he is only a little boy… well a little hamster really! Growing up in the Wild West and raised on the exciting stories told by his father, he has a burning desire to hit the trail! Donning his cowboy outfit, Billy sees every day as a chance to go on an adventure worthy of the greatest cowboys. Determined not to miss out, he is off! But always at his side is his faithful friend Jean- Claude the worm, and his accomplice Suzie the stone marten.

But just like life, the Wild West is unpredictable, and Billy is faced with unforeseen situations, some as prickly as cacti. By overcoming challenges and finding solutions, Billy reveals his big heart and unfailing ingenuity. He proves that although he is not yet the legendary cowboy he dreams of being, he is indeed growing up and can already spread joy and friendship. In Billy's cozy Wild West world, this is the stuff of real heroes. 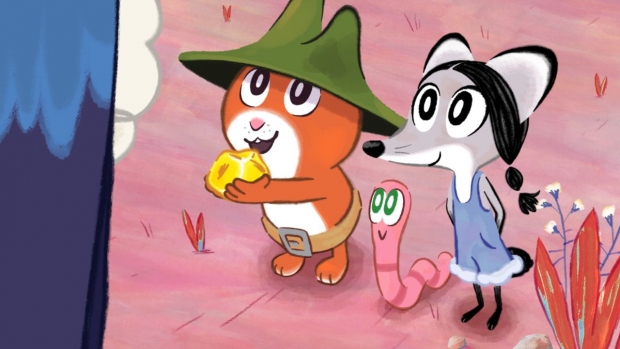