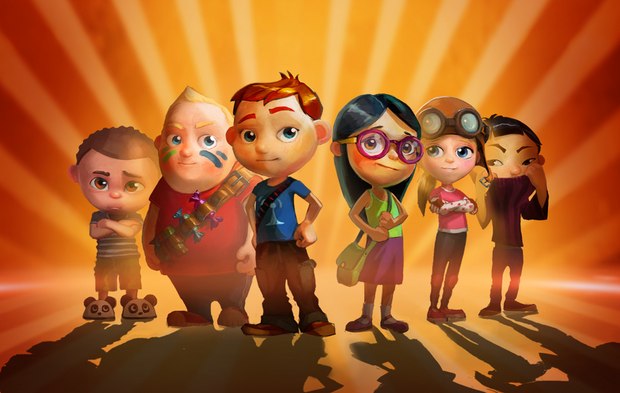 Described as ‘Home Alone meets Men in Black’, D6 is a comedy/adventure about the battle against an alien horde who target a peaceful suburb in the first stage of an invasion of earth. A group of six remarkable kids are the only barrier between the aliens and global domination. They work from the unlikely headquarters of an old garage, which turns into a high-tech base when nobody’s looking and, armed with special abilities and weapons such as bubble guns and chocolate grenades, they pit their wits against the mean but invariably hapless invaders.

films and special effects. With D6 they have created a show that pushes back the boundaries of children’s entertainment and which is as smart and funny as it is good looking. 26 11-minute episodes are currently in production, with a projected release date of summer 2015.

“We are very excited to be presenting D6 at MIPCOM Junior,” says Ink Director Claus Tømming. “It combines funny and exciting scripts with sumptuous production values and, with strong female and male characters, is sure to appeal to both girls and boys. It is also something very different from anything else in the genre – it is defiantly Russian in its imagery, combining a vision of the Soviet era with how the country is today, which is a striking contrast to the Americanised look and feel of so many animated adventures.”