Directed and produced by Pavel Sadílek with the involvement of Polish animation studio Se-ma-for and post-production specialists Magic Lab, ‘Nagano: The Birth of Heroes’ celebrates the Czech Republic ice hockey team’s victory at the 1998 Olympic Games. 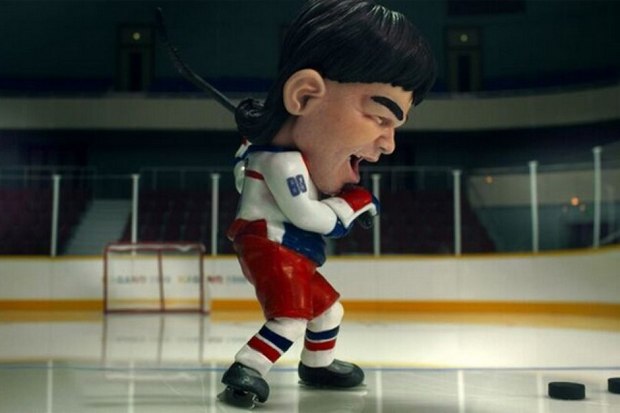 PRAGUE -- Czech director and producer Pavel Sadílek is undertaking a stop-motion animated feature about hockey called Nagano: The Birth of Heroes. According to a report by FilmNewEurope.com, the 80-minute project is being financed with the support of the Czech Olympic Committee and Czech Ice Hockey team, and is currently in the pre-production phase. Written by screenwriter Petr Kolečko, the film is a humorous account of the difficult journey made by the Czech ice hockey players while achieving their dream of winning Olympic gold in 1998. With a message about the importance of trusting yourself and the power of team spirit, Nagano: The Birth of Heroes is more than just a hockey story; it’s also about the big dreams of one little boy, who for a while forgets who he really is.

The project will be animated using puppets 25 centimeters tall. Hockey star and Olympian Dominik Hašek will voice himself in the film, contributing memories of authentic behind-the-scenes moments from the iconic event, alongside voice talents Vojta Dyk (Jaromír Jágr) and Jiří Bartoška (Ivan Hlinka).

Sadílek is producing the film through NGNO s.r.o. in co-production with Radko Janoušek via Miafilm under a budget of €2.2 million. Polish animation studio Se-ma-for, based in Lodź, and post-production specialists Magic Lab are also involved in the project.

Nagano: The Birth of Heroes will be released in February 2018, 20 years after the legendary victory of the Czech team.

Watch the teaser from the movie and a short making-of video below: