Under the interactive licensing deal, Groupe PVP to develop interactive console games for based on the new CGI-animated series. 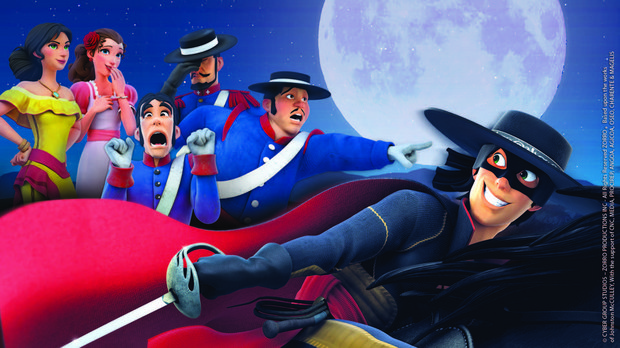 Groupe PVP and Cyber Group Studios have announced the signing of a joint worldwide interactive licensing agreement with Zorro Productions. This agreement concerns the interactive rights to Zorro the Chronicles, the new CGI television series featuring the famous masked hero and already airing in more than 100 territories on all continents. “This is an important step for us as a company and I thank both John Gertz at Zorro Productions and Pierre Sissmann at Cyber Group Studios to have trusted us with this prestigious IP,” said Francois Trudel, Executive Producer and VP of international Affairs of Groupe PVP. “I will now be looking for international partners to pursue an ambitious creation plan linked to this great property, starting with meetings at the next Kidscreen Summit in Miami and Game Connection in San Francisco.”

Under this agreement, Groupe PVP will develop interactive games for consoles such as PlayStation, Nintendo or Xbox as well as applications for iOS, windows or android. Zorro the Chronicles, a CGI production (26 x 22’), renews the adventure-comedy genre celebrated by the original Zorro adventures, throughout his life in movies and on television. With a cast of over 100 characters, stunning backgrounds and music, the series has obtained groundbreaking ratings around the world.

“Zorro is a brand whose interactive life started long ago with games for the Atari, Nintendo and other platforms. We are very excited to see that the new CG animated series, Zorro the Chronicles will now be adapted for the new consoles of the 21st century,” commented John Gertz, President of Zorro Productions Inc.

“Ahead of Zorro the Chronicles’ second season, it is a real pleasure to partner once again with Zorro Productions Inc. and Groupe PVP, to create groundbreaking interactive games using the assets we have created for the television series,” added Pierre Sissmann, Chairman and CEO of Cyber Group Studios.