Based on the DC Comics character first created in 1981, six-episode web series ‘Vixen’ is written and executive produced by ‘Arrow’ producer Marc Guggenheim. 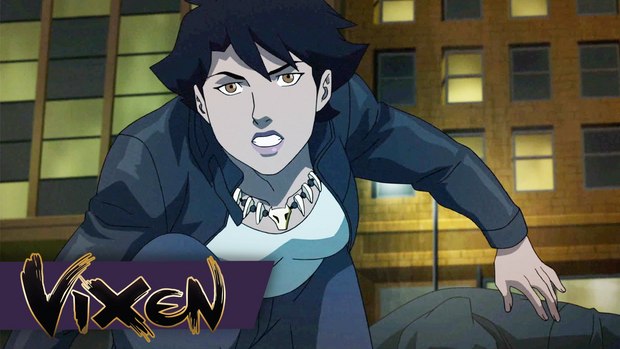 The CW has released the first four-minute episode of the network’s new animated CW Seed series, Vixen, based on the DC Comics character first created in 1981.

Vixen is a costumed superhero crime-fighter with the power to mimic the abilities of any animal that has ever lived on Earth. After her parents were killed in Africa by local corruption, Mari McCabe inherits her family's Tantu Totem, gaining the powers of animals, using them to fight as Vixen to stop threats like those that claimed her family.

The lead role in the six-episode series is voiced by Megalyn Echikunwoke, who will be joined by guest voices from Arrow and The Flash, including Stephen Amell and Grant Gustin.

Vixen is written and executive produced by Arrow producer Marc Guggenheim. First announced in January, the web series is described as an “origin story,” and is set in Detroit, MI.

Click on the image below to view the pilot episode of Vixen on CW Seed: