The Scooby Gang reunites to reminisce in an all-new ‘The Scooby-Doo Reunion Special’ coming to the CW on October 29; on December 1 watch Beebo and his friends journey to the North Pole in ‘Beebo Saves Christmas.’ 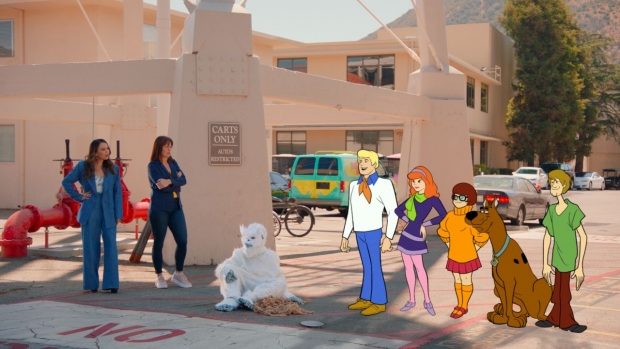 The CW Network announced its slate of upcoming holiday specials including Scooby-Doo, Where Are You Now! and Beebo Saves Christmas.

The Scooby Gang reunites on Friday, October 29 (8:00-9:00pm ET), in Scooby-Doo, Where Are You Now!. The gang gathers at Warner Bros. Studios to reminisce about their favorite cases and how they were filmed. But it turns out that the backlot may have its OWN monster problem! Fred, Daphne, Velma, Shaggy, and Scooby-Doo investigate this mystery while celebrating the legacy of the franchise during this one-hour special.

Scooby-Doo, Where Are You Now! is from Warner Bros. Animation and Warner Bros. Unscripted Television in association with Warner Horizon and Abominable Pictures.  Jonathan Stern writes, directs and executive produces. An encore presentation will air on Thursday, November 25 (8:00-9:00pm ET).

Everyone’s favorite mystical toy stars in the all-new holiday special Beebo Saves Christmas Airing Wednesday, December 1. The fuzzy toy turned furry god will once again be a hero as he hopes to save Christmas. When Sprinkles, an efficiency-obsessed elf, decides that Christmas would run better without Santa Claus, Beebo and his friends travel to the North Pole to help discover what truly makes Christmas meaningful.