Stop-motion satire series from the makers of ‘Celebrity Deathmatch’ to reimagine roles within the White House as well as America’s place in the world. 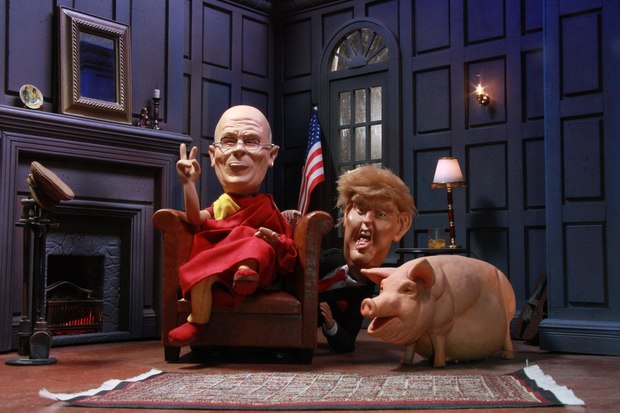 TORONTO -- “I’m not sure if it’s a blessing or a curse” was the first thought Adam Shaheen, Cuppa Coffee’s prexy had when U.S. president-elect Donald Trump was actually “crowned.”

“We brought in a couple of seasoned comedy writers to imagine what the White House would ‘look’ like if DT actually won,” Shaheen said. “Not so much on the revamped decor front, though that will offer up some guffaws, but how the place will comically and tragically change now the votes are in.”

From the makers of Celebrity Deathmatch, the new show, Prez!, is being touted as a half-hour animated comedy with a biting, satirical edge aimed at viewers 16-35. It’s poised to reimagine roles and America's place in the world and reflect as much what the world is thinking as it is finding a place for justified comedy. “It engages both young and old,” Shaheen added.

“Will it get made?” he asked. “ I suspect when all is said and done, social outrage, network politics and -- who knows -- late night Twitter wars will see this as a challenge now I’m out on the road meeting broadcasters -- it’s an important show for times that need something less fluffy.”