Attendees can explore experiential installations, panels, photo ops, and exclusive premieres of the latest projects and shows from the leading anime platform at the upcoming convention running November 18-20. 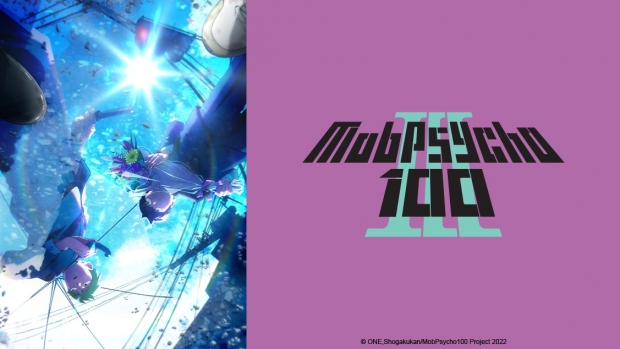 The U.S. premiere of Laid-Back Camp the Movie will bring the great outdoors to Anime NYC, giving badge holders an early look at the chillest anime film of 2022. For fans eager to get a jump on the simulcast winter season, Crunchyroll will present two rounds of U.S. and World Premieres, featuring: Crunchyroll will host a panel for Mob Psycho 100 III featuring the Japanese voice of Shigeo “Mob” Kageyama, Setsuo Ito, discussing his work on the latest season. Crunchyroll will also team with Bandai Namco to bring fans a sneak peek at That Time I Got Reincarnated as a Slime the Movie: Scarlet Bond alongside a panel featuring producers Kouhei Eguchi and Mika Iwahashi from 8bit and producer Bungo Kondo from Bandai Namco Filmworks. Theme song performer MindaRYN and Stereo Dive Foundation will close out the event with a mini-concert.

On the show floor, attendees can enjoy two immersive Crunchyroll booths that will whisk fans from the expo hall into their favorite series. The first booth (booth #526) will feature a Crunchyroll Hime statue against the “New Crunchy City” skyline with a variety of free swag, including drawstring bags for Chainsaw Man, BLUELOCK and Uzaki-chan Wants to Hang Out!, as well as  paper headpieces that will transform attendees into Chainsaw Man or Anya Forger from SPY x FAMILY.

Beyond the cityscape, fans can get revved up with a Chainsaw Man photo op or create a family portrait in an apartment inspired by the Forger family home from the breakout anime series SPY x FAMILY. The second booth (booth #240) will host even more photo ops from the biggest series in anime. Fans can snap a picture in the shadow of Mob Psycho 100’s Divine Tree, pose with a throne pulled from That Time I Got Reincarnated as a Slime the Movie: Scarlet Bond, or explore a recreation of the Jaeger family home’s basement from Attack on Titan: Final Season, and more.

“Crunchyroll will return to Anime NYC with an electrifying slate of programming to immerse attendees into the worlds of their favorite series,'' said Gita Rebbapragada, Chief Marketing Officer, Crunchyroll. “It doesn’t stop with panels, premieres, and photo opportunities - we’re gearing up to reveal a few more experiential activations too, so stay tuned for ways to celebrate together!”

Check out Crunchyroll’s full Anime NYC lineup of panels and premieres below: That time I got Reincarnated as a Slime Special Event