Launched December 19, the special 8-part collection streams in the leadup to the ‘Attack on Titan Final Season Part 2’ premiere on January 9, 2022. 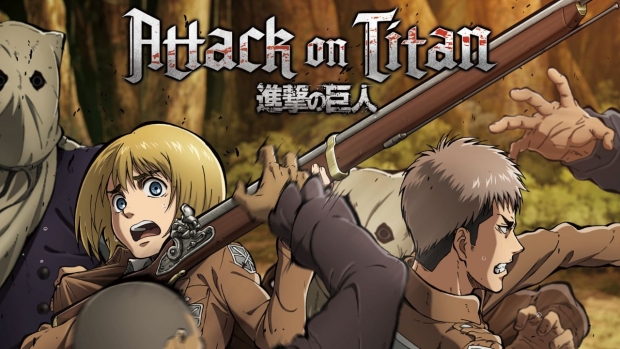 Get ready for more Attack on Titan with Crunchyroll’s premiere of a collection of eight special Original Animation DVD (OAD) episodes on December 19, 2021, taking viewers on deep dive into the colossal series ahead of the Attack on Titan Final Season Part 2 premiere on January 9, 2022.

Available to stream for the first time, each 23-minute episode draws from untold stories that take place before and between the first three seasons of the hit anime series. Crunchyroll is offering the episodes subtitled in 8 languages in more than 200 countries and regions. Dubbed versions will be available in late 2022. The collection of Attack on Titan OAD episodes will also be made available to stream on Funimation.

Episodes 1-3 feature Hange attempting to capture their first live Titan along with a look back at the 104th Cadet Corps’ training; episodes 4 and 5 are based on the “Attack on Titan: No Regrets” spinoff manga, written by Yasuko Kobayashi, that highlights the pasts of Captain Levi and Commander Erwin Smith; and episodes 6-8 are based on the “Attack on Titan: Lost Girls” spinoff novel series, written by the Attack on Titan anime's screenwriter Hiroshi Seko, that focuses on separate stories featuring Annie Leonhart and Mikasa Ackermann.

The first episode of Attack on Titan Final Season Part 2 will be available on Crunchyroll, Funimation, and Hulu starting on January 9, 2022.

In the epic continuation of the worldwide anime phenomenon, starting with episode 76, the lines between friends and enemies become even more blurred. The War for Paradis explodes in Shiganshina and as battle rages on and the true intentions of the masterminds behind the current state of the world become clear…

Based on the hugely popular manga series, having sold over 100 million volumes of the manga in print, the award-winning franchise was created by Hajime Isayama. The anime series is currently produced by MAPPA (Banana Fish, Jujutsu Kaisen, Zombie Land Saga) and licensed from Kodansha (Akira, Fairy Tail, Fire Force, That Time I Got Reincarnated as a Slime).