Voice cast and key art revealed for the highly anticipated Crunchyroll and Adult Swim original series; based on the hugely popular 1999 SEGA video game, the 13-episode anime kicks off February 5. 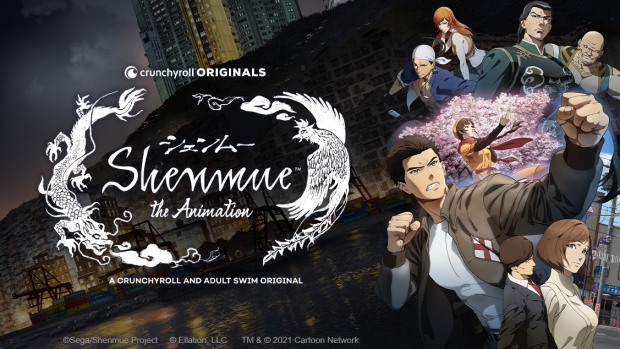 A story of revenge and self-discovery, Shenmue debuted first as a video game by SEGA for the Dreamcast on December 29, 1999. Since then, it has become a cult classic around the globe. 20 years later, the 13-episode anime adaptation aims to capture the same essence of mystery and martial arts.

1986, Yokosuka. Ryo Hazuki has trained to master the Hazuki Style Jujitsu under his strict father in the Hazuki Dojo from his childhood. However, one day a mysterious man named Lan Di murders his father and takes the “mirror” his father was protecting. Ryo is determined to find the truth behind his father’s murder, but soon finds himself getting stuck in a war between the underground organizations…. Traveling from Yokosuka to Hong Kong, Ryo’s long journey begins!

Shenmue the Animation is a Crunchyroll and Adult Swim original series directed by Chikara Sakurai (One Punch Man Season 2) with animation production by Telecom Animation Film and production management provided by Sola Entertainment. Original opening music “UNDEAD-NOID” will be performed by Ito Kashitaro. Video game creator Yu Suzuki is credited with the original concept. Kensuke Ishikawa (Tower of God) will serve as chief animation director, with scripts from Kento Shimoyama (We Rent Tsukumogami and Bleach) and original character design from Udaka.