Voice cast revealed for upcoming original animated series about a group of psychically powered friends and the dangers that await them; the Crunchyroll Original hits the streamer January 27. 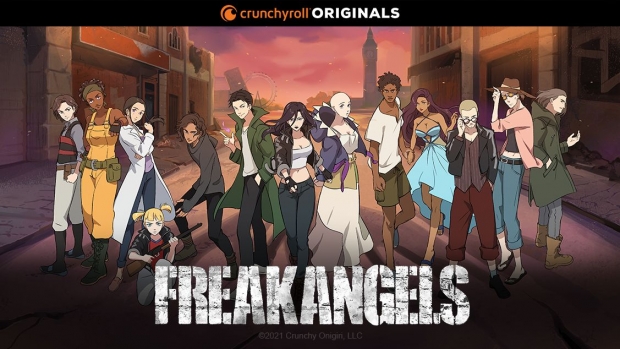 Crunchyroll has revealed the voice cast and shared a preview clip for the upcoming Crunchyroll Original series Freak Angels. The series follows a small group of psychically powered friends as they protect each other and what’s left of humanity in Whitechapel, London’s last neighborhood. The all-new show hits the streamer January 27.

In the series, Whitechapel is the last bastion of humanity. Six years ago, the world “ended” in a single, apocalyptic event, trapping Great Britain behind a mysterious dome of purple energy. London’s last neighborhood has persevered thanks to the protection of the “FreakAngels,” a small group of psychically powered twenty-three-year-olds. However, their fragile peace is threatened when an exiled friend returns, exposing past conspiracies and new conflicts within their fractured, makeshift family.

The first look clip provides a glimpse of the dangers that await the FreakAngels as they attempt to band together after so much time apart. Check it out:

The full series, based on the post-apocalyptic graphic novel series of the same name, will premiere on January 27 on Crunchyroll across 200 countries and territories, with subtitles available in English, Spanish, Portuguese, French, German, Russian, and Arabic. Hiroshi Shimizu (MEGALOBOX, Blue Exorcist, Lupin III) is on board as character designer with Osamu Masuyama serving as art director (Made in Abyss, Studio Ghibli).