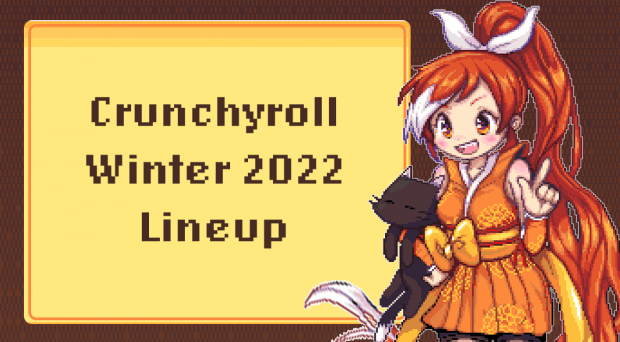 Crunchyroll has just announced its new Winter 2022 line-up, kicking off the New Year with a slate of over 30 new and returning series. Simulcasts from Japan – subtitled and dubbed – will include Attack on Titan Final Season Part 2; Crunchyroll Original series FreakAngels; My Dress-Up Darling; Orient; and The Case Study of Vanitas.

Fan favorites continuing from Fall 2021 include Demon Slayer: Kimetsu no Yaiba Entertainment District Arc and Platinum End along with new episodes of Blade Runner: Black Lotus, the Crunchyroll and Adult Swim original series, and shonen super-hit One Piece. Ranking of Kings comes to the anime streamer for the first time since its Fall 2021 season premiere. Continuing From the Fall 2021 Anime Season, New to Crunchyroll:

Platinum End – From the creators of Death Note, a young boy must fight against 12 other humans to become the next god of the world. Check out the official trailer:

Boruto: Naruto Next Generations - Boruto continues his adventures to become the ultimate ninja with Team 7 and all your favorite ninja from the Hidden Leaf Village.

One Piece – Luffy and the Straw Hats continue their adventures in Wano and fight against the powerful Emperors. Check out the official trailer:

Dragon Quest: The Adventure of Dai - Based on the classic Dragon Quest series, follow Dai and his party in their grand adventure to defeat the demon lord Hadlar.

Kiyo in Kyoto: From the Maiko House - Two girls chase after their dreams in the ancient capital in this healing slice-of-life anime about an aspiring maiko and the house chef.

Tropical Rouge Pretty Cure - The newest PreCure team continues their fight against the evil force of The Witch of Delays.