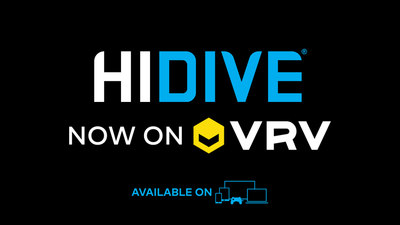 Two years into their programming partnership, Crunchyroll and VRV, part of the Ellation entertainment company, and Funimation, the Sony Pictures Television Networks-owned anime distributor, are parting ways.  As of this coming November 9, the Funimation channel will no longer be offered as a part of the VRV bundle or be available as an a la carte channel on the platform. The move further fragments the market for anime content streaming, currently serviced by a handful of distributors all vying to capture their share of the highly specialized fan community.

Ellation has also announced they’ve adding HIDIVE as the newest channel partner on VRV, with content becoming available within the next few weeks. HIDIVE is an anime streaming platform offering over 500 titles including currently-airing series like Made in Abyss, Bloom Into You, and Highschool of the Dead. HIDIVE brings to VRV a comprehensive library of dubbed anime series, including Food Wars! Shokugeki no Soma and Elfen Lied along with a large catalogue of classic dubs. Originally launched in 2017 as a browser-based platform, HIDIVE has since expanded to include mobile devices and set-top boxes.

According to a company spokesperson, both Crunchyroll and VRV are devoted to being platforms that are “everything to someone,” not “something for everyone.” They plan further programming announcements before the year’s end, including some “surprises” from their new WarnerMedia owner.