New installment of ‘The Legend of the Legend of Vox Machina’ goes behind the scenes with voice director Mary Elizabeth McGlynn and the main cast as they reprise their roles on the highly anticipated upcoming Prime Video series. 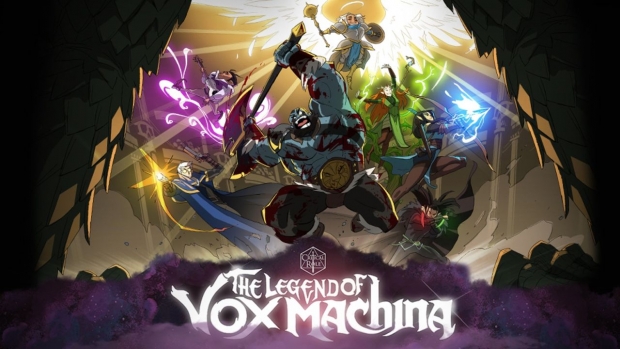 An Amazon Original series, The Legend of Vox Machina follows a group of second-rate adventurers on a quest to save the realm from terrifying monsters and dark magical forces. Throughout the first season, our characters will face undead giants, overthrow a sinister necromancer, and confront a powerful curse that has taken root inside their own group. Through it all, they learn how to function as a team, and discover they’re much more than that: they’re family.

In the new featurette, The Legend of the Voices of The Legend of Vox Machina, we meet the series’ voice director, Mary Elizabeth McGlynn (She-Ra and the Princess of Power, Star Wars Resistance, Naruto), who guides the Critical Role cast members as they step into the recording booth to bring new life to the epic tale of Vox Machina; each cast member shares insights on the voice recording process as we catch an extended glimpse of their fantastic collaboration throughout the production’s winding journey. Noting the cast’s excitement when McGlynn was named voice director, Travis Willingham, who stars as Grog Strongjaw, said, “It’s been amazing watching her come into each one of the sessions, settle us down, get us in the right space for where the episode is, and then just step back with her baton and start to conduct the symphony of idiots that’s in there.”

Take a few minutes to watch how the magic is done! Thanks to 88,887 Kickstarter backers, Critical Role’s The Legend of Vox Machina came to life; originally planned as a 22-minute animated special, a 2019 campaign raised a whopping $11.3 million, morphing the project into a 10-episode series. Amazon Prime Video subsequently acquired the rights to Season 1, commissioning two additional first season episodes and a 12-episode Season 2.