New installment of behind-the-scenes ‘The Legend of the Legend of Vox Machina’ reveals a slew of Phil Bourassa’s character designs on the studio’s upcoming Amazon Original animated series about a group of second-rate adventurers on a quest to save the realm. 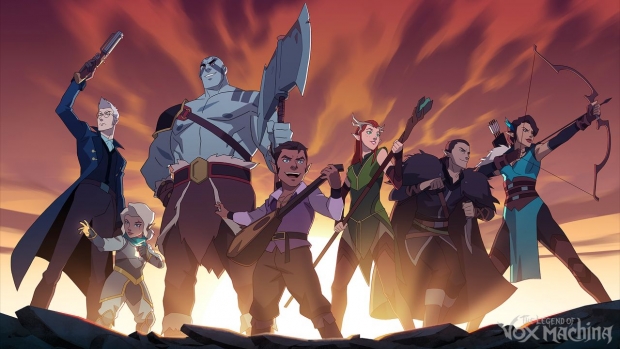 An Amazon Original series, The Legend of Vox Machina follows a group of second-rate adventurers on a quest to save the realm from terrifying monsters and dark magical forces. Throughout the first season, our characters will face undead giants, overthrow a sinister necromancer, and confront a powerful curse that has taken root inside their own group. Through it all, they learn how to function as a team, and discover they’re much more than that: they’re family.

In the new behind-the-scenes video, The Legend of the Design of the Legend of Vox Machina, we meet the series’ lead character designer Phil Bourassa (Young Justice, Batman: Bad Blood, Justice League), who shares all sorts of visual goodies from the show’s production.

Thanks for 88,887 Kickstarter backers, Critical Role’s The Legend of Vox Machina came to life; originally planned as a 22-minute animated special, a 2019 campaign raised a whopping $11.3 million, morphing the project into a 10-episode series. Amazon Prime Video subsequently acquired the rights to Season 1, commissioning two additional first season episodes and a 12-episode Season 2.