Based on a dark Marvel Universe storyline, the psychological thriller about a powerful serial killer’s son and daughter opens with a 2D animation title design by Digital Kitchen that uses recreated childhood drawings that mirror the weird and scary mood of the show. 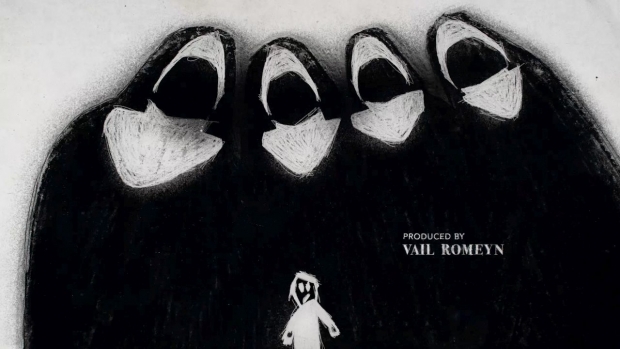 Get into the Halloween spirit with Hulu’s new original series, Helstrom, that launched this past Friday; based on one of the Marvel Universe’s darker storyline, the show follows Daimon and Ana Helstrom,  the son and daughter of a mysterious and powerful serial killer. The siblings have a complicated dynamic – each with peculiar, sharp edged attitudes and special skills – which is often at odds as they track down terrorizing demons and the worst of humanity.

The 2D animated main title design of the series was developed by Digital Kitchen, part of Sid Lee’s creative community. “What would it be like to grow up with a father who is possessed by pure evil?” is the question the creative team posed when creating the title design for the upcoming Hulu original series.

The story is a psychological family thriller about Ana and Daimon’s traumatic past. While the story focuses on their adult lives, it is evident that their experiences are scarred by a disturbing upbringing. For the main title, the team recreated Daimon and Ana’s childhood drawings to develop a sequence that not only mirrors the eerie tone and mood of the show, but also creates a narrative that enriches our protagonists’ backstory. By sketching thousands of individual frames, Digital Kitchen made sure to assemble the entire sequence by hand. Each drawing offered viewers a unique window into the characters’ collective and personal experiences.

“We wondered what the disturbed childhood drawings of the traumatized siblings might look like, and then worked with showrunner Paul Zbyszewski, to bring that idea to life,” explained Cam Levin, Chief Creative Officer of Sid Lee USA. “The team drew a huge range of drawings to capture scenes from a child’s innocent perspective through to the more sophisticated and interpretive scenes coming from a teenager’s point of view. Pulling inspiration from 50’s pop standards, we married the visual story with an upbeat track to create a strong, dissonant sense of irony. A tone that carries through the series.”