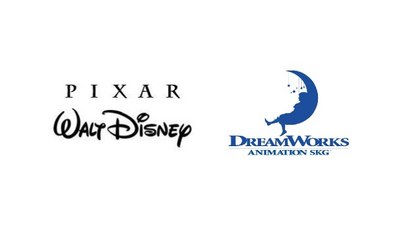 According to Pando Daily writer Mark Ames, “some of the most alarming and revealing testimonies in this case…belong to the two initiators: George Lucas, the Obi-Wan Kenobi of the wage fixing cartel; and his Pixar counterpart, Ed Catmull.”

Here are some of the other highlights of the article:

“Through their testimonies, we learn the names of other major and minor Hollywood studios that are alleged to have been party to the same illegal cartel, including Disney itself, after it became Pixar’s parent company in January 2006 — and Dreamworks Animation, whose name repeatedly pops up as a participant in depositions and emails.”

“Private emails sent by Pixar’s president and co-founder, Ed Catmull, and found by Pando amongst court documents, clearly state that Katzenberg’s Dreamworks Animation was party to the same secret non-solicitation agreements that the Department of Justice deemed were illegal antitrust violations that served to suppress workers’ wages. Catmull’s deposition in 2013 for the class action lawsuit further demonstrates that Dreamworks Animation was party to the illegal wage theft conspiracy.”

“[In] 2007, Ed Catmull — now a Disney executive — disclosed in a private email to the chairman of Disney at that time, Dick Cook, that Pixar-Disney was still maintaining its secret wage-fixing agreement with Dreamworks Animation, as well as with Lucasfilm and other smaller computer animation studios, and that Disney’s newest partner, Bob Zemeckis’ animation studio ImageMovers, was violating the non-solicitation cartel’s agreement by raiding one of its members, Dreamworks Animation.”

Apparently this isn’t the end, as Ames promises to report next on George Lucas and his involvement in the wage-fixing cartel:

“In the next article on the Hollywood-tech origins of the Techtopus, we’ll reveal more about the role of George Lucas, who spent decades couching illegal suppression of his workers’ wages in the language of “ethics” and “responsibility” and ended up selling Lucasfilm in 2012 to Disney, in exchange for becoming a Disney’s second-largest shareholder after the estate of Steve Jobs, or the largest living shareholder, with about four and a half billion dollars in Disney stock.”

Head over to PandoDaily.com to read the full story.