Epic Games showcases advancements in virtual, augmented and mixed reality as well as the impact of the Cloud, AI and machine learning on production pipelines, at is first-ever User Group meetup at SIGGRAPH 2017. 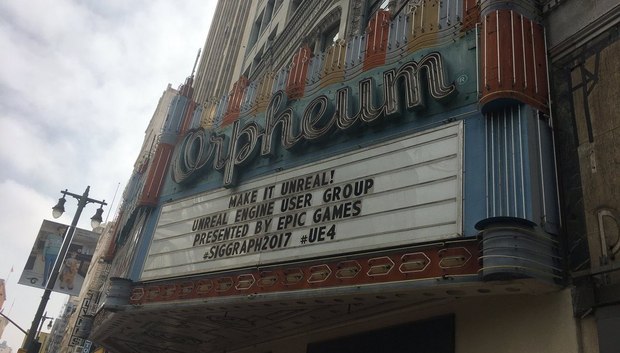 SIGGRAPH 2017 boasted increased attendance and there was a renewed sense of optimism at the yearly computer graphics conference and expo, fueled by excitement around real-time production and advancements in virtual, augmented and mixed reality, as well as the impact of the Cloud, AI and machine learning on production pipelines.

Epic Games was at the center of these SIGGRAPH trends, generating buzz around its first-ever Unreal Engine SIGGRAPH User Group meeting and a range of demos and presentations. Marking the third win in a row for Epic and Unreal Engine, “The Human Race,” co-produced with Chevrolet and The Mill, received the Best Real-Time Graphics and Interactivity award at Real-Time Live! Epic’s cinematic trailer, “Fortnite: A Hard Day’s Nite,” was featured, along with “The Human Race,” at the Computer Animation Festival. This was the first year the festival included short films rendered in real-time, both of them projects using Unreal.

Augmented, virtual and mixed reality was another hot topic at SIGGRAPH 2017, with Unreal driving many of the experiences generating the most interest. Epic hosted the VR Film Jam, Ghost Paint, and Michelangelo’s David, and was a key partner in the Meet Mike virtual human research project.

For those of you who missed it -- or would like to watch again -- check out the full recording in the player below: The Ghost Paint VR graffiti wall in action at SIGGRAPH 2017.