UYoung takes on SVOD, broadcast and licensing rights to series about globetrotting cats. 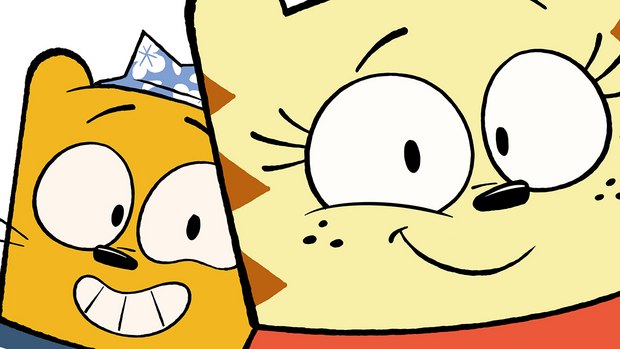 UYoung takes on SVOD, broadcast and licensing rights to series about globetrotting cats.

The popular show -- starring two cute and kooky cats with a knack for spinning everyday life into zany globetrotting adventures -- is broadcast in more than 160 territories across three continents, including in the United States, where it recently earned the coveted Common Sense Media Seal.

“We are delighted to take our first foray into China with the best partner possible, and are proud to work with a company that shares our love for great creative work,” said David Michel, president of Cottonwood Media and Federation Kids & Family. “UYoung’s commitment to a broad-based licensing program is key to Ollie & Moon’s success, and we are excited to see how it will perform with the Chinese audience, both on TV and in consumer products.”

Clara Yang, VP international business, UYoung, commented: “Cats are considered lucky mascots in China so we feel very lucky and delighted to be representing this exciting new property in the region. With strong visual humor we think The Ollie & Moon Show has all the ingredients to deliver success in China.”

Produced by Cottonwood Media, the series is based on the best-selling Ollie & Moon books created by author and illustrator Diane Kredensor. Kredensor, who is also a creative producer on the show, is an Emmy Award-winning artist, director and producer whose credits include Pinky and the Brain and Clifford the Big Red Dog. The show was developed in collaboration with Kredensor by Robert Vargas (Wonderpets, Henry Hugglemonster), and David Michel (Totally Spies!, Get Blake).