Planeta Junior will represent the licensing for the show in France. 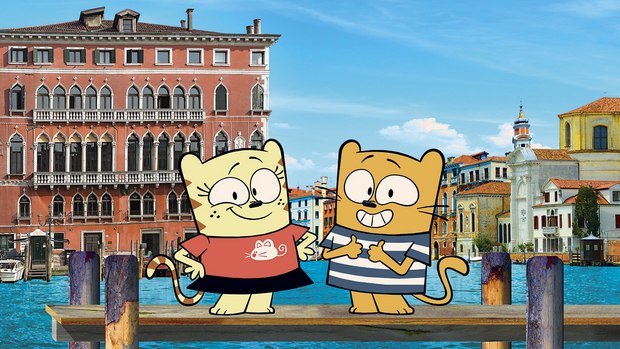 Cottonwood’s ‘Ollie & Moon Show’ has signed up new broadcasters in Europe and Latin America, and Planeta Junior to represent licensing in France.

The latest channels to snap up seasons one and two of the series are: K2 (Italy), RTP (Portugal), ERRTV (Estonia) and LTV (Latvia), while Discovery Latin America has added season two to its schedule. The show has been widely sold to broadcasters worldwide, including NBC Sprout (USA), Netflix (US, Canada), France Télévisions (France), Uyoung (China), TVO, TFO and Knowledge (Canada), Discovery (Middle East), and VRT (Belgium).

On the licensing front, Planeta Junior will represent the licensing rights to the show in France, where it launched on France Télévisions in 2017. Planeta Junior joins other prestigious licensing partners representing the property in the key markets of China (UYoung) and the United States (Spotlight Licensing). Spotlight has already brought on a number of licensees in the U.S., where it earned the coveted Common Sense Media Seal, following its global debut on Sprout with excellent ratings.

Kredensor, who serves as creative producer for The Ollie & Moon Show, is an Emmy Award-winning artist, director and producer, whose credits include Pinky and the Brain and Clifford the Big Red Dog. The show was developed in collaboration with Kredensor by Robert Vargas (Wonderpets, Henry Hugglemonster) and David Michel (Totally Spies!, Get Blake).