Digital 2D animated comedy about the secret life of Amoebas is based on the best-selling graphic novels by Jennifer Holm and Eisner Award-winning creator Matthew Holm. 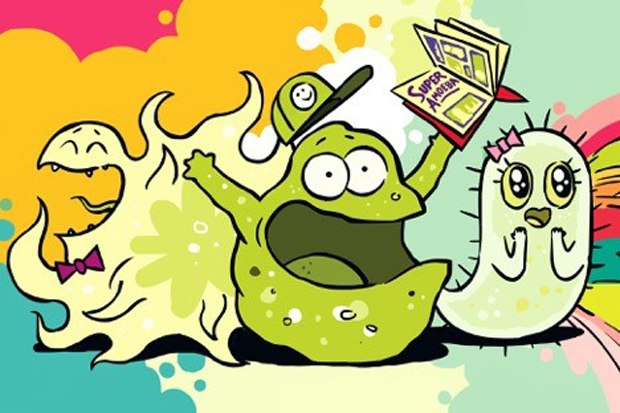 PARIS, FRANCE -- Cottonwood Media and Gulli have announced their partnership on Squish (52 x 11), an animated comedy about the secret life of Amoebas. The deal is a first collaboration between David Michel’s new production company and the leading French Kids channel, and the second series to hit Cottonwood’s ambitious 2015 slate.

Aimed at 6-11 year olds, Squish features the genuinely original world of an Amoeba looking to survive life in the cutthroat world of single cell organisms…not to mention school! The series is based on the hilarious New York Times best-selling graphic novels by Jennifer Holm and Eisner Award-winning creator Matthew Holm. Published by Random House Children’s Books, over one million copies of the existing six books have been sold to date, with a new book to be published yearly.

Development of Squish is well under way with John Derevlany, whose credits include Lego: Legend of Chima, Johnny Test, Endangered Species, and Angry Beaver, among others. The series will be produced in digital 2D with delivery slated for 2017.

“We are delighted to support one of the first productions of this new company,” comments Caroline Cochaux, Executive Director of Broadcast and TV Programs for France and International at Lagardère Active. “Comedy is a beacon of Gulli’s programming and a natural fit for our young audience, so we are especially enthusiastic about participating in the hilarious adventures of Squish!”

“Squish is simply one of the best comic book series we've ever seen,” states Cottonwood Media producer and founder David Michel. “The stories are both fresh and funny, with a very distinctive look and feel. We are honored to have been entrusted by the creators to take it to screen and even more excited to be partnering up with Gulli on this adventure.”

Squish is one of five projects under development at Cottonwood Media and comes on the heels of the its first major deal with US broadcaster NBC Sprout for The Ollie & Moon Show, another original and successful book from Random House Children’s Books. Michel will be taking both properties to Annecy and Mipcom Jr.