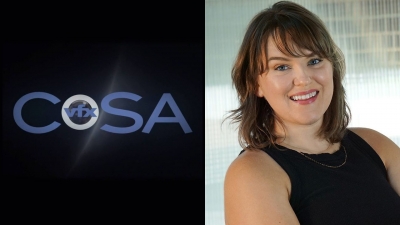 Irete comes to CoSA VFX after 7+ years of experience in VFX and post-production. Her background on the production side remains a key asset to client engagement.

“To be able to collaborate with clients and provide solutions for their projects in an executive capacity is something I’m looking forward to,” shared Irete.

“Devon is such a joy to work with,” noted Winslow. “Not only is she an all-around-incredible person but her background in VFX bidding and production pipelines gives her integral knowledge of how to facilitate the needs and requests our clients worldwide. It’s an invaluable quality to the department as a whole.”

Founded in 2009, CoSA VFX now has growing visual effects operations in Los Angeles, Atlanta, and Vancouver. The creative team has received Emmy nominations and wins for their work on TV series including Marvel’s Agents of S.H.I.E.L.D., Almost Human, Revolution, and Gotham. Most recently the VFX house contributed to shows including Resident Alien, Westworld, Station 19, and Lucifer. Currently the company provides visual effects for multiple studios, networks, and streaming television with new projects on the horizon with HBO Max, Apple TV+, Netflix, and Amazon Prime Video