Producers behind ‘Bob's Burgers’ to co-develop and produce a slate of primetime animated series for TELETOON at Night. 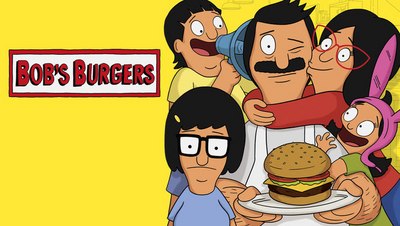 Corus Entertainment is partnering with Burbank-based primetime animation production company Bento Box Entertainment on a multi-year co-development and production deal to create a slate of original series for TELETOON's primetime programming block TELETOON at Night to debut in 2016. Bento Box, in partnership with Corus, will also bring this slate of series to the U.S. and the international marketplace for linear and digital distribution.

With production for this slate to be based in Canada, Bento Box will work side by side with Corus and its animation studio Nelvana to develop and co-produce primetime animated original series for TELETOON at Night. This partnership will draw on Bento Box Entertainment's award-winning experience and relationships with acclaimed comedy writers, showrunners, as well as the top artists, animators and visual storytellers from around the world. Corus has a long track record of producing award-winning animation through its Nelvana Studio and its animation software technology company, Toon Boom, with which Bento Box Entertainment already has an existing partnership, developing its digital production pipeline.

"Corus Entertainment is a great content partner, given its presence in the international animation market and its state-of-the-art technology," said Scott Greenberg, CEO of Bento Box Entertainment. "We look forward to working together and developing a library of hit primetime shows that can be delivered on all platforms in this new digital age."

Bento Box Entertainment is known for producing the Emmy-winning series Bob's Burgers, as well as Brickleberry, The Awesomes, Allen Gregory and Out There. Founded by Scott Greenberg, Mark McJimsey and Joel Kuwahara, the company brings years of experience in producing and creating audience-favorite primetime animation hits on multiple platforms. Their collective production credits include The Simpsons and The Simpsons Movie, King of the Hill and The Goode Family among many others.

"We are thrilled to be working with Bento Box to create a slate of original content that will appeal to the coveted and rapidly growing 18-34 demographic," said Colin Bohm, Vice President, Television, Head of Corus Kids. "This partnership will bring quality comedy series developed by top tier creative talent to our primetime schedule on TELETOON."