Also coming to all major digital platforms, the live-action / animated hybrid fairy tale features a modern twist on the classic ballet; part of #PBSForTheArts, the film will be presented November 26 on PBS platforms. 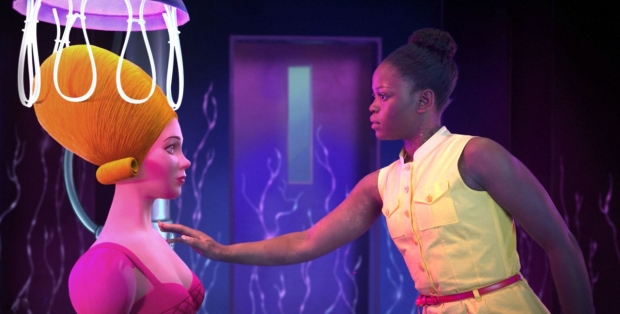 From Shout! Factory, Coppelia, a cinematic experience combining 2D and CG animation with live-action ballet, releases today, October 19, on Blu-ray+DVD combo and all major digital platforms. The film will also be broadcast on PBS stations, as part of #PBSForTheArts, a multiplatform campaign that celebrates the arts in America, on Friday, November 26 at 9 p.m. ET on PBS (check local listings), pbs.org/gperf and the PBS Video app.

This visually opulent fairy tale was inspired by Ted Brandsen’s 2008 production for the Dutch National Ballet. Brandsen gave Coppelia a contemporary twist, updating Doctor Coppelius from toymaker to cosmetic surgeon. The innovative family feature combines animation and live action dance in a modern retelling of the love story between Swan and Franz, jeopardized by Dr. Coppelius and his uncannily beautiful protégée Coppelia.

With a diverse cast, this unconventional adaptation of Coppelia sees Dr. Coppelius (Mazzeo) as a cosmetic surgeon, whose lure of superficial beauty poisons the town. Swan (DePrince) must uncover the truth about the popular newcomer who puts her community and the life of her beloved Franz (Daniel Camargo) in danger. Modern and fast paced, the dialogue-free film features a blend of musical influences from classical to electronic. As the townspeople come to learn, in the age of social media and an increasingly image conscious culture – it’s never been more important to be yourself.

In addition to the home entertainment release, The San Francisco Dance Film Festival will have its theatrical opening on Saturday October 16 at the Fort Mason Center for Arts & Culture’s Cowell Theater with the U.S. theatrical premiere of Coppelia. DePrince will attend the Cowell Theater for a post screening Q&A.