Coolabi announces a global publishing agreement with Penguin for the new animated series Clangers; Penguin will publish brand new books in a variety of different formats and languages. 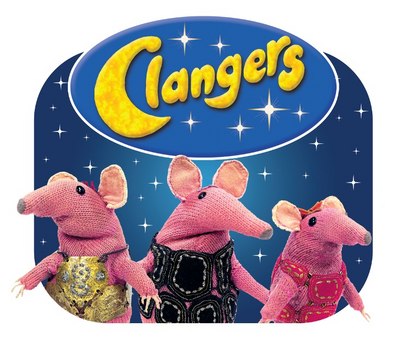 Coolabi Group has secured a major publishing agreement with Penguin for its new animated series Clangers. This follows a recently signed master toy deal with Character Options for the property in the UK.

Penguin has secured worldwide (ex US) distribution rights across all languages to the highly anticipated new series and will publish brand new books in a variety of different formats including: story books, board books, novelty books, sticker and activity books, sound books, puppet books, annuals, audio books and Ebooks The range will be available to consumers from Autumn/Winter 2015.

Richard Haines, Acquisitions and New Business Manager at Penguin said: “We couldn’t be happier to be partnering with Coolabi on Clangers.  Not only does it have an incredible heritage in the UK but more importantly the humour, characters and stories are timeless and will engage and entertain kids all over the world when it launches next year. We are already starting work on the books and are very excited by the fantastic creative opportunities the Clangers offer us and we look forward to launching late next year.”

Valerie Fry, Director of Sales at Coolabi added: “Penguin is one of the world’s most recognised and trusted publishing houses so we are excited to be partnering with them to launch a range of new Clangers books on a global basis.”

The iconic and much loved British cult classic animated television show, Clangers, is set to make a welcome return to its home on the BBC after 45 years. Coolabi, Smallfilms, CBeebies and US 24-hour pre-school network, Sprout, are co-producing the new pre-school series, with BBC Worldwide for its international channels. BBC Worldwide is also confirmed as the international distributor for the show. The £5 million production is already underway and is set for a highly anticipated return to the small screen in 2015.

The Clangers, which previously launched on the BBC in 1969, are pink, long-nosed, inventive and loveable mouse-shaped creatures who live on a small blue planet, out in the starry stretches of space, not far from Earth. Its surface is peppered with holes topped with metal dustbin lids, which flip open with a ‘Clang!’ to reveal steps down to their home beneath the surface of the planet - containing a series of interconnecting tunnels and caves. Kind and generous creatures, they communicate with distinctive whistles, and a narrator comments on the thrilling and often hilarious events which occur in every episode.