Second season of stop-motion animated series co-produced by CBeebies, Coolabi Group and Smallfilms is set to air in 2017. 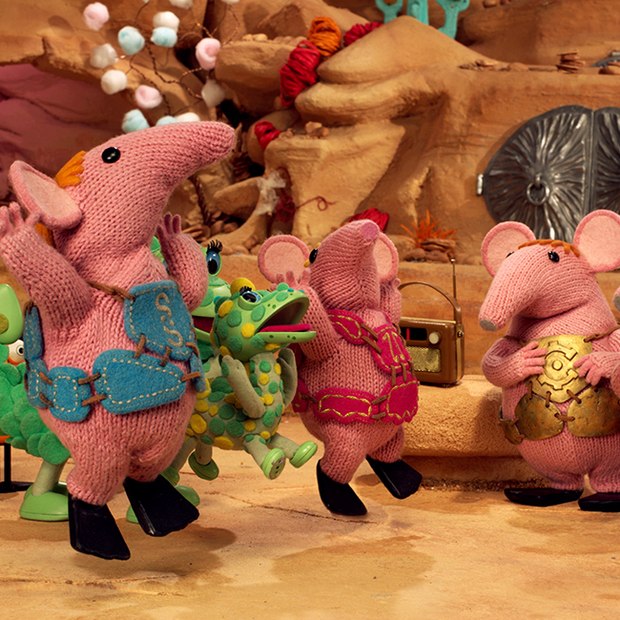 Rights owner Coolabi Group has announced that a second series of its international multi-award winning pre-school animated series Clangers is in production and will air in 2017 on CBeebies in the U.K.

The 26 11-minute episodes, again narrated by Michael Palin, brings the total number of episodes to 78. Since the new Clangers whistled “hello” on CBeebies in June 2015, the show has been an instant hit with parents, pre-school children and fans of the original series. It has won numerous awards including the 2015 BAFTA for Best Pre-School Animation and Broadcast Best Pre-School Program.

The show, which returned to the BBC to huge fanfare 46 years after its initial debut, was universally praised by critics and continues to be one of the top rated shows on CBeebies. The new episodes will once again follow Major, Mother, Small, Tiny and Granny Clanger, and their friends the Iron Chicken, Soup Dragon, Sky Moos, the Eggbots and many more on a whole host of new adventures.

The talented, high-profile team behind the show returns; it will be made at Factory’s studio in Altrincham (Scream Street, Newzoids) and Grammy-award winner John du Prez (Spamalot) will compose the score.

Peter Firmin, one of the creators of the original series, and Daniel Postgate (son of series co-creator Oliver Postgate) remain actively involved as executive producers for the new series; Firmin is part of the design process and Postgate is writing scripts and storylines and was recently nominated for a BAFTA for his writing on the show.

‘We’re delighted to have a new series of Clangers in production and we’re excited to be working once more with the incredibly talented team that brought to life the magic and kind nature of the show,” Jeremy Banks, CEO Coolabi Group, commented.

“We are over the moon to welcome the Clangers back to CBeebies,” said Jackie Edwards, Head of BBC Children’s acquisitions and independent animation. “This beautiful programme has an enduring magic that enchants todays audience, and the warmth and kindness of Clangers are both comfort and examples to us all!”