Controversy Grows As ‘Mulan’ is Released on Disney+

Criticism continues to mount in response to the film’s end credits ‘special thanks’ to Xinjiang government organizations reportedly involved in refuting Western claims of massive forced incarceration and human rights abuses of over 1 million ethnic Uyghurs and other Muslim minorities. 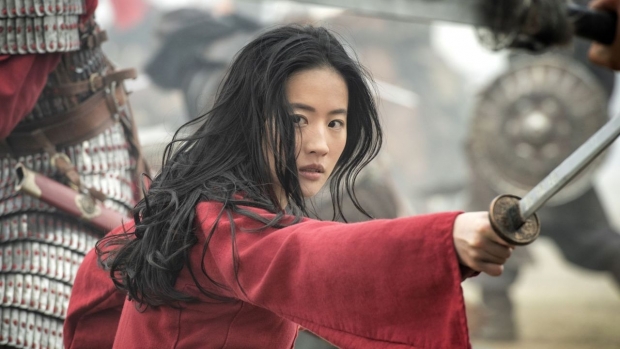 With Disney’s long-awaited live-action Mulan remake finally being released this past Friday on Disney+, controversy surrounding the film and criticism of Disney continues to gain steam on social media as well as mainstream media and the trades.

Criticism of the movie, directed by Niki Caro, gained traction last August as a human rights and pro-democracy #BoycottMulan protest on social media in response to lead actor, Chinese-born naturalized American Liu Yifei, posting to her 66 million Weibo followers declaring support for Hong Kong police in the wake of their violent suppression of protesters. Harsh criticism of the actress was re-energized this past weekend with the film’s release.

#BoycottMulan because the lead actress Crystal Liu Yifei supports police brutality in Hong Kong, is against democracy & freedom & is in general a CCP puppet, & therefore we don't stan + we certainly don't pay $30 for a Mushu and Li Shang-less adaption. https://t.co/mn2MHvFV70

Condemnation of the movie’s story has been swift, gaining speed on several fronts, including noted changes to Mulan’s historical Northern Wei dynasty origins from the original poem, replaced with the country’s main Han ethnicity, while claiming she is an “authentic” version of the legendary character.

Story issues aside, even sharper criticism has been leveled at Disney because of the film’s end credit special thanks to the Turpan Municipal Bureau of Public Security, sanctioned last year by the U.S. Commerce Department for participating in “reeducation camps” in the northwestern Xinjiang region, as well as several Xinjiang propaganda departments that have participated in efforts to deny the program’s existence. The camps, despite vehement denials from the Chinese government, are claimed by Western sources to be sites of widespread human rights abuses against more than 1 million Uyghurs and other Muslim minorities.

Canadian-based researcher Shawn Zhang today, in a series of Tweets, stated that, “Suppose Mulan crew arrived at Turpan airport, and took highway G312 to Shanshan desert where they filmed, they could see at least 7 re-education camps.” He is one of many who retweeted writer Jeannette Ng’s post of an image of the credits with the note, “Mulan specifically thank the publicity department of CPC Xinjiang uyghur autonomous region committee in the credits. You know, the place where the cultural genocide is happening.” Ng’s scathing review of the film and its politics posted on the Foreign Policy magazine website this morning.

You know, the place where the cultural genocide is happening.

They filmed extensively in Xinjiang, which the subtitles call “Northwest China”#BoycottMulan pic.twitter.com/mba3oMYDvV

In a Washington Post article published about the controversy earlier today, they note that while it’s not clear how these organizations contributed to the film, Disney, the Xinjiang propaganda department or the Turpan Public Security Bureau all declined to respond to requests for comments. Disney has also not responded to AWN’s request for comment.

The Post article notes the political backlash over the film reflects a shift in how Western consumers view multinational companies doing business in China.  “The trade war with the United States has contributed to this shift, as have China’s heavy-handed crackdowns in Hong Kong and Xinjiang, which have struck a nerve with Western consumers. In Xinjiang, a Chinese anti-extremism campaign over the past three years has swept an estimated 1 million Uyghurs and other minorities into high-security detention compounds. Former detainees have alleged they were subject to torture.”

The National Basketball Association ran into troubles last fall after Houston Rocket’s general manager Daryl Morey tweeted support for pro-democracy protesters that have been demonstrating in the thousands for weeks against the Hong Kong government. His comment was met with widespread criticism in China, where basketball is a hugely popular sport, fed, in part, by the success and public embrace of Chinese all-star center Yao Ming, the retired, 7’6” NBA star who is widely respected after a stellar pro career with… the Houston Rockets. Morey eventually deleted his tweet, later issuing a statement on Twitter that read, in part, “I did not intend my tweet to cause any offense to Rockets fans and friends of mine in China. I was merely voicing one thought, based on one interpretation, of one complicated event. I have had a lot of opportunity since that tweet to hear and consider other perspectives.” The NBA issued its own statement, saying it recognized that Morey's comments "have deeply offended many of our friends and fans in China, which is regrettable."

However, just this past July, the NBA confirmed they were no longer running a sports program in Xinjiang that that had drawn criticism for year.

Head on over to The Hollywood Reporter for an excellent piece on the controversy, as well as pieces on The Guardian and The Los Angeles Times.