The new content creation company at the intersection of entertainment, advertising and broadcast Bigstar Studio launches. 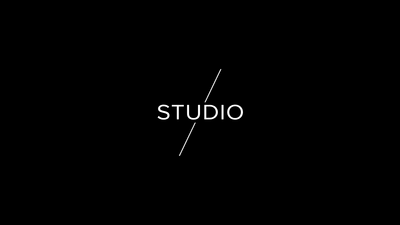 “As the content creation and visual branding landscape shifts, trusted creative relationships are tapped for new approaches,” says Josh Norton, Bigstar Studio Executive Creative Director, who also runs Bigstar. “At Bigstar, our clients in broadcast and entertainment have been asking us to do more, and for a branding company with a holistic all-hands approach, we saw Studio as a natural evolution.”

Studio specializes in content creation, integrated marketing and traditional advertising campaigns. Although housed under the same roof, it's a different entity than Bigstar, which continues its mission as a motion graphics company concerned with great design while serving as an integral foundation to Studio.

“The attention to detail, brand awareness, thoughtful communication and dedication that it takes to grow a motion graphics company very much applies to any creative problem-solving,” explains Norton. “As of now, Bigstar and Studio speak to different audiences and allow us freedom on both sides to function without having to stay in the same approach or even infrastructure.”

As for finding talent for Studio, Norton says he considers himself lucky to have already been tapped in to the myriad, multi-disciplined creatives he brought on board, with specialties from branded content and commercials to fashion and features. Although the new roster of talent is primarily directors, each brings layered skill-sets, from doubling as writers to strategists to cinematographers. The current roster includes Tyler Greco, Marcus K Jones, Noble Jones, Trey Nelson, Eric Soloway, Ed Hahn, Jim Cooper and Norton. Overseeing the day-to-day and big-picture operations will be executive producer Carson Hood, who comes from a sales, VFX and commercial production background.

“We offer a wide range of talents, and we have unique directors and creatives who can fill a specific niche,” says Norton. “There’s no redundancy here. We complement, not compete, with each other.”

Bigstar Studio has already lined up a number of upcoming projects with high-profile clients, including a 360-degree campaign for DIRECTV; original content for a partnership between Just for Men and Men’s Health; and an online video campaign for State Farm with Gawker.

“We’re really excited about the creative opportunities we’re generating at Bigstar Studio,” concludes Norton. “They enhance our abilities in storytelling and brand integration, and if the projects we’re currently doing are any indication, it’s already working.”