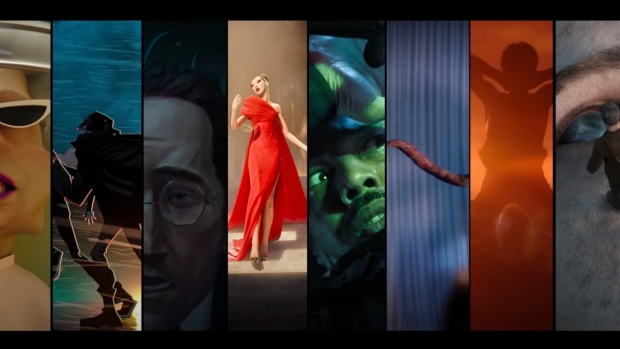 Get ready for some rude techno audio and imagery: an official red band trailer for Love, Death & Robots Volume II is here! Netflix dropped the first trailer for the Emmy Award-winning adult animation anthology series back in April, but it seems the new R-rated sneak peek is much more representative of the show’s intense, in-your-face vibe.

For the new season, Miller and Nelson sought talented and diverse animation directors from around the world, for a blend of styles and stories ranging from violent comedy to existential philosophy. “It’s a tonal and stylistic Jenga game,” Nelson said. As far as the new season being any easier than Season 1, Nelson noted, “None of this is ever easy, but, the more important question is, whether it’s worth it. That’s what makes those difficult days enjoyable because you’re doing something cool. You’re still going to get punched in the face, but it’s worth it."

Commenting on the long road to get the anthology to the screen, and then, get a second season produced, Miller explained that stubbornness was a critical filmmaking skill. “I would put it at the very tip of the pyramid,” he said. “If I speak to students or younger artists, my number one tip is: just stay in the fucking game. If you keep trying eventually you might get your shot.”

Experience Love, Death & Robots Volume II in all its F-bombed glory, streaming on Netflix May 14.