The streamer’s occult detective will be a young Londoner, battling the horrific rather than the religious. 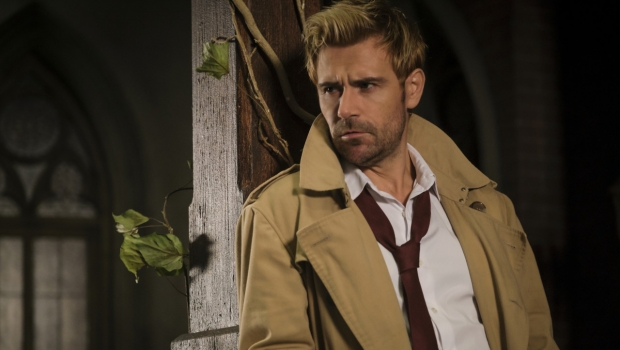 Dark fantasy fans rejoice: Constantine is coming to the small screen! The series is currently in early development at HBO Max, with plans to tie into the streamer’s Justice League Dark series currently in development under J.J. Abrams’ Bad Robot. Rather than focusing on religious aspects like the 2005 Keanu Reeves film, the show will steer towards horror, while featuring a younger Constantine. Guy Bolton is currently attached to pen the script.

With casting currently underway, fans have risen up to voice their picks for the perfect John. Overwhelming public opinion points to Matt Ryan, the established John Constantine on TV, depicting the character in multiple projects including DC’s Legends of Tomorrow, The Flash, Batwoman, Constantine: City of Demons, and many others. The actor, who wants to continue to portray the character, appears to be the clear choice.

I feel like if we bug DC and HBO Max enough that they'll finally see that Matt Ryan is the only exception for the new Constantine show. pic.twitter.com/JZAdZnHJJX

Having Matt Ryan ready for Constantine & choosing someone else is like having RDJ ready to go as Iron Man & then recasting his character. There are just some things you don’t do, like recast people who are perfect for their parts. Matt Ryan or nothing, @hbomax . #Constantine pic.twitter.com/ihxzzsmgSi

There is only one John Constantine and that is Matt Ryan.

I said what I said. pic.twitter.com/6EhItsLdW6

Who do you want to see as the beloved occult detective? Is Matt Ryan our man, or perhaps team Keanu deserves some votes?