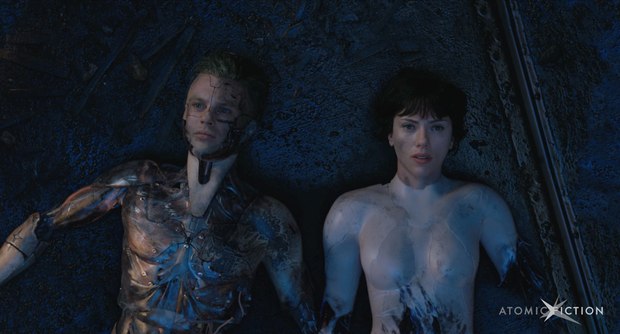 SIGGRAPH 2017 -- ANAHEIM, CA -- Conductor Technologies today announced the general availability release of its Conductor cloud rendering platform. Highly scalable and secure, Conductor can cut rendering costs up to half by allowing studios to only pay for render resources as needed. Fine-tuned through an extensive beta development cycle, Conductor has already enabled productions to scale to more than 36K simultaneous cores and render over 30 million core hours for major studio feature films including Deadpool, Star Trek Beyond, Transformers: The Last Knight, Pirates of the Caribbean: Dead Men Tell No Tales and The Walk, among others.

“Local infrastructure is expensive and inflexible, which is a major drain for most studios. When they aren’t maxing out their render farms, they’re paying for resources they aren’t using. When they’re maxing things out, it’s a drain in other ways since artists end up waiting for a long time to get results back,” said Kevin Baillie, CEO of Conductor Technologies. “With Conductor, studios have the ability to scale at a moment’s notice to hit deadlines, and automatically take the farm down to literally zero when it isn’t needed. There’s no reason to turn away lucrative jobs due to render farm capacity, stress about how to render millions of core hours in the final weeks before delivery or pay for idle nodes.”

“The prospect of cloud rendering has always been attractive because it enables people to scale rapidly, and while it’s become much cheaper, it wasn’t a financially viable solution for us until Conductor came along,” said Magnopus CTO Lap van Luu.

The first enterprise-grade rendering service of its kind, Conductor is able to offload regular workloads and burst renders in whatever configuration works best for a particular pipeline or project. It has been used to render complex visuals for studios including Vrtul, Riot Games, Atomic Fiction and Magnopus. To ensure maximum data security, Conductor adheres to MPAA guidelines, and receives routine third-party audits and verification through ISE.

Conductor can be deployed studio-wide very quickly, while providing instant progress and budget snapshots through easily accessible data analytics. Conductor is built as a cloud-agnostic platform, initially backed by Google Cloud Platform. Support for Microsoft Azure, with its cutting-edge GPU offerings, is in private preview and will be released to the public later this year.

“We’ve designed Conductor as a platform, rather than simply a tool. We’re really excited about offering access to any number of cloud providers through the same interface and API, totally avoiding the danger of provider lock-in,” said CEO Baillie. For studios that prefer to customize applications, Conductor’s flexible API allows for tailored integrations, whether controlling jobs; creating custom integrations, tools and reports; or hooking into existing render queue or project management tools.

“The prevailing sentiment in the entertainment industry is that the cloud is the future of infrastructure,” said Baillie. “Some of the biggest companies in VFX and animation are already shifting their infrastructure budgets from CapEx to OpEx, so the shift isn’t only inevitable, it’s already happening! Conductor is here to help people make the shift quickly, and make sure nobody misses the boat.”

To sign up for Conductor or for more information on features and pricing, check out http://www.conductortech.com/ or contactinfo@conductortech.com (link sends e-mail). To see Conductor in action, stop by the Microsoft Azure booth #923 at SIGGRAPH and look for the Conductor station. Live demos will be ongoing during exhibition hours.