Series pitch follows Barack Obama and Joe Biden as they travel through time in search of a brighter future. 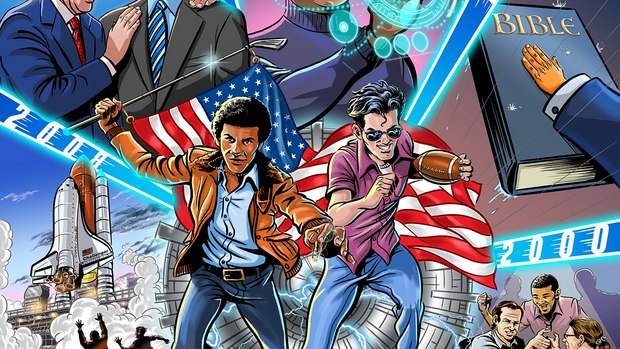 NEW YORK -- Barry & Joe: The Animated Series is feeling the love from Conan O’Brien and Titmouse, both having joined the project as executive producers.

In development by creator Adam Reid, the animated series is described as a “bromantic comedy” featuring Barack Obama and Joe Biden traveling through time in search of a brighter future.

Barry & Joe: The Animated Series, has already received critical praise and backing from thousands of people who pledged more than $100,000 on Kickstarter to successfully fund the campaign in August.

“My nerdy heart is exploding. This has been a grassroots effort so to now be working with Conan and Titmouse is a creative dream come true,” said Reid. “I’m hopeful we’ll find a home for the series together, and I look forward to taking all our backers and new fans on the journey with us.”

The team which includes Executive Producers Chris Prynoski and Ben Kalina from Titmouse (Big Mouth, The Venture Bros.), is developing the series pitch.

In addition to Conan, O’Brien’s Conaco banner is in production on the third season of TBS’ comedy People of Earth, and the adult animated series Final Space, coming to TBS in 2018.