The Grammy Award-winning musician and composer has returned to score Illumination’s story of Gru, Lucy, their adorable daughters -- Margo, Edith and Agnes -- and the Minions, in theaters Friday. 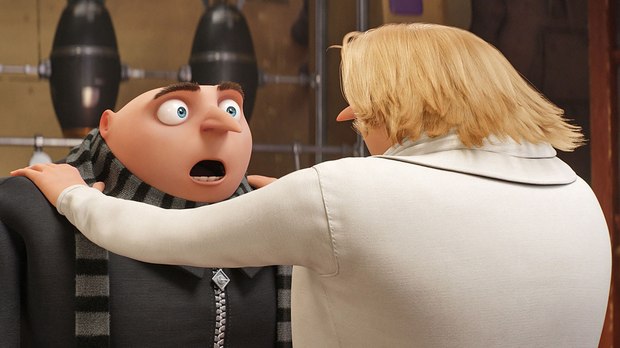 HOLLYWOOD -- Grammy Award-winning musician and composer for Illumination’s Despicable Me franchise Heitor Pereira has returned to score Despicable Me 3, which arrives in theaters on Friday, June 30. Illumination continues the story of Gru, Lucy, their adorable daughters -- Margo, Edith and Agnes -- and the Minions in Despicable Me 3.

Directed by Pierre Coffin and Kyle Balda, co-directed by Eric Guillon and written by Cinco Paul and Ken Daurio, the animated film is produced by Illumination’s Chris Meledandri and Janet Healy and executive produced by Chris Renaud. The score album from Back Lot Music releases digitally day and date with the film.

After he is fired from the Anti-Villain League for failing to take down the latest bad guy to threaten humanity, Gru finds himself in the midst of a major identity crisis.  But when a mysterious stranger shows up to inform Gru that he has a long-lost twin brother -- a brother who desperately wishes to follow his twin’s despicable footsteps -- the former super-villain will rediscover just how good it feels to be bad.

Steve Carell not only reprises his role as Gru but also takes on the part of Dru, Gru’s long-lost twin. Kristen Wiig returns as super-spy Lucy, while Emmy, Tony and Grammy Award-winner Trey Parker voices new villain Balthazar Bratt, a former child star who has become obsessed with the evil TV character he played in the ‘80s.

Dru hails from the country “Freedonia,” and has an affinity for the nation’s famous cheese. This note was not lost on Pereira, who used unique instruments, including cheese graters, to record the score. In addition to incorporating a full orchestra and choir, Pereira performed many of the instruments in the score.

Prior to his career in film scoring, Pereira was a member of the platinum selling band Simply Red. He has released three solo albums and has arranged music for, and performed with, such artists as Elton John, Shania Twain, Willie Nelson and Jack Johnson. He received a Grammy Award for Best Instrumental Arrangement Accompanying Vocalist for his collaboration with Sting and Chris Botti.