CO3 colorist Greg Fisher worked with ‘Spectre’ director Sam Mendes and cinematographer Hoyte Van Hoytema to build subtle differences into the looks of each of the movie's many locations. 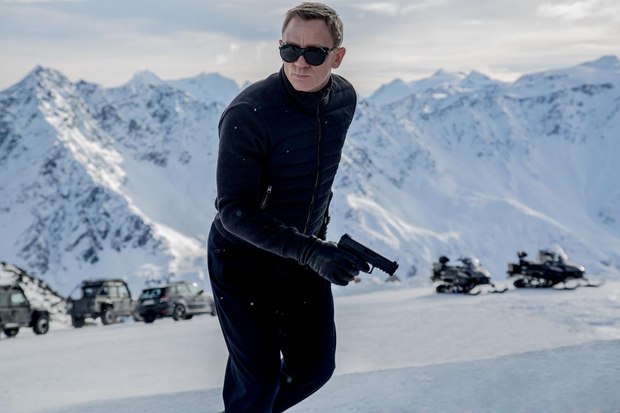 Santa Monica, CA -- Company 3, a Deluxe Creative Services company, has announced its work on the new James Bond feature, Spectre, the 24th James Bond feature and the third posted by Company 3. Starring Daniel Craig as Bond, Spectre was directed by Sam Mendes and shot by Hoyte Van Hoytema, primarily on 35mm film, in locations throughout the world. Company 3 divided up the complex dailies scanning, grading and distribution on the feature between its London and Santa Monica, CA offices. Senior Colorist Greg Fisher handled final color grading duties at Company 3 London.

“We are thrilled and grateful to be a part of the creative brilliance of the James Bond team alongside EON, MGM and Sony,” said Deluxe Creative Services CEO Stefan Sonnenfeld. “Greg did a beautiful job coloring the final film. Combined with our top-notch technical teams scanning, grading and delivering dailies in multiple formats, around the globe, working on Spectre was a shining example of Company 3 and Deluxe at our best.”

Greg Fisher worked with Van Hoytema and Mendes at the Company 3 London facility to build subtle differences into the looks of each of the movie's many locations. The cinematographer, true to his love of celluloid, made use of the power of digital color grading, but always wanting to retain a photochemical feel, a requirement Fisher, also a film lover, was happy to abide by.

During the UK-based portion of the shoot, the Company 3 London dailies team scanned and graded approximately 60,000 feet of film per six-day week, resulting 70 hours of digital material shot on a blend of cameras, including the ARRI Alexa 65. When production moved to Mexico, Company 3's Los Angeles dailies unit, scanned and sent 100 minutes of 2K scans back to London every day, harnessing Deluxe's secure global network.

Deluxe sister companies Rushes and Deluxe Technicolor Digital Cinema also shared in the creation-to-distribution pipeline for Spectre, with Rushes providing a significant number of motion graphics shots and Deluxe Technicolor Digital Cinema using their “Direct to Debut” platform to oversee all mastering, local versioning and delivery for the trailers and the global release.