Phil Lord and Christopher Miller sign on to write the script for the sequel, as well as produce alongside Dan Lin and Roy Lee. 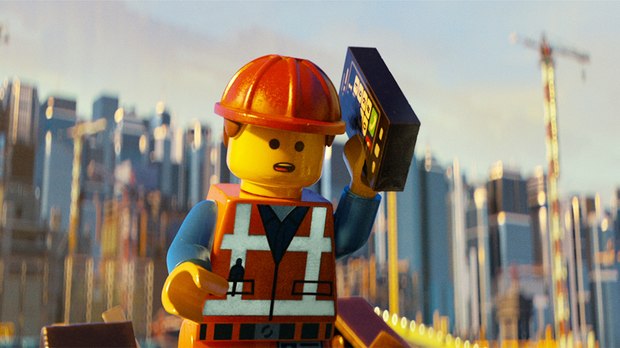 The director of TV’s Community has just signed on to helm the sequel to last year’s blockbuster animated feature, The LEGO Movie.

According to a report by The Hollywood Reporter, Rob Schrab will direct the sequel to The Lego Movie for Warner Bros. Dan Lin and Roy Lee are returning as producers, joined by Phil Lord and Christopher Miller, the pair who directed the first movie. Lord and Miller are also writing the script, which is based on a story by Lord, Miller, Jared Stern and Michelle Morgan.

The LEGO Movie grossed $468.7 million worldwide and won widespread acclaim, and although it was deprived of a nod from the Academy in the best animated feature category, the film’s song, “Everything is Awesome,” -- which had been nominated -- was heavily featured during the Oscar broadcast with a star-studded live performance.

“The LEGO Movie captivated critics and audiences on a global scale with its irresistible blend of humor, imagination and fun,” said Warner Bros. president of creative development and worldwide production Greg Silverman. “Warner Bros. is excited to build our relationship with The LEGO Group with this new adventure, and we join them in welcoming the multi-talented Rob Schrab to the LEGO family as he takes the helm of The LEGO Movie sequel.”

Schrab has previously directed episodes of shows such as Community, The Mindy Project and Childrens Hospital, among others. He was nominated for a WGA Award for his work on The Sarah Silverman Show and won an Emmy for his work as part of the team that wrote the Hugh Jackman opening musical number for the 2009 Academy Awards. His previous movie work includes co-writing the 2006 animated feature Monster House, which garnered him an Annie Award nomination.

The LEGO movie Ninjago is due for a September 23, 2016 release, while a LEGO Batman movie is scheduled for a May 2017 opening. The LEGO Movie sequel is reportedly eyeing a release date set for sometime in 2018.