The new four-part animated series, about an Egyptian immigrant who settles in the OC in search of his own version of the ‘American Dream,’ is now streaming on the networks’ new dedicated animation channel on YouTube, Facebook, Instagram and Twitter. 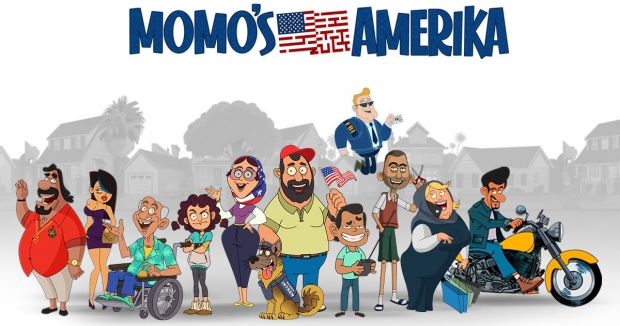 Comedy Central’s Animated channel has launched a brand-new four-part 2D animated series, Momo’s Amerika, about an Egyptian immigrant who's been living in Orange County, California, since he moved to America 10 years ago. While some immigrants quickly assimilate and blend in, others create their own little home away from home. Momo belongs to the latter kind, as he started his own little Arabia within the OC. His immediate family of four and his adopted family of goofy friends are searching for their version of the elusive "American Dream."

The show is created, and executive produced by Abdallah Ibrahim, who was born and raised in Cairo, Egypt. He graduated with a degree in animation and worked in the entertainment industry in Cairo before moving his family to California in 2013. Once in the US, he joined the Los Angeles entertainment scene, working with the NFL Network, Amazon Game Studios and Pixelogic Media. He is an award-winning artist, having received accolades for his work in design and animation, including Promax/BDA Arabia, Telly Award, Webby Awards, and Clio Entertainment Awards.

Ibraham and Ayman Samman just recently started Pita Pan Productions. Momo’s Amerika is their first animated series. The studio’s goal is to create content that reflects the diverse world we live in and create a bridge between cultures.