Proposal expected to elicit a counteroffer from Disney for key assets of the studio. 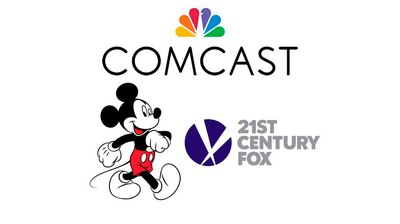 Comcast Corp. has made an all-cash $65 billion bid for assets of 21st Century Fox, about 19 percent more than Disney’s $52 billion stock-swap proposal made in December.

The proposal is expected to start a bidding war with Disney, which has at least five business days to sweeten its offer.

According to The Hollywood Reporter, analysts expect a counter-offer from Disney.

The deal would include the 20th Century Fox movie and TV studios, as well as international pay TV properties. Comcast had made a proposal back in December for an estimated $60 billion, but Fox went with Disney’s offer amid antitrust concerns about a Comcast deal.

But with courts allowing this week AT&T to acquire Time Warner, those concerns have diminished enough for Comcast to make another attempt.

Comcast owns NBCUniversal, and whichever way the deal goes it will create a new giant player in the entertainment business. Comcast’s Universal assets already include Illumination Entertainment and DreamWorks Animation. Among the prizes Fox offers are its own Fox Animation as well as Blue Sky Studios. It also controls a number of high-value theatrical rights, including some Marvel rights to the X-Men and Fantastic Four franchises that Disney and its fans were eager to see incorporated with Marvel Studios.