Codex is now shipping the Codex Action Cam, the point-shoot-post system, which will be on display at IBC 2014. 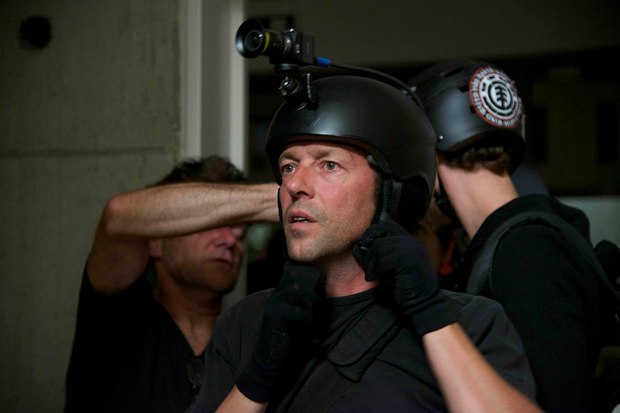 Codex is shipping Codex Action Cam – the small camera with a big workflow. Having taken the market by storm with its NAB 2014 debut, the point-shoot-post system is now being used on feature and advertising productions in Europe and the US, as well as being innovatively modified and adapted by customers into specialist 2D and 3D stereo shooting packages. Codex Action Cam is one of the highlights at the Codex stand (Hall 11.C71) at IBC 2014, 12-16 September, Amsterdam.

Codex Action Cam can be deployed as an Action | POV camera system, as a companion camera when regular packages are too large for the situation or location, or as a Witness Cam to capture depth information for VFX compositing or 3D stereoscopic conversion. It comprises a tiny HD camera head and a Codex Camera Control Recorder that delivers full remote control of the camera, plus the proven workflow of the industry-standard Codex.

“The strength of Radiant Images lies in our ability to help filmmakers achieve their vision without compromise. We create simple, fast and efficient solutions that push projects forwards, and Codex Action Cam fits the bill,” said Radiant Images co-founder Michael Mansouri. “The dynamic range of the Codex Action Cam HD CCD delivers exceptional image quality, especially in the highlights. Above all it is a versatile point-shoot-post package that can be developed and deployed in new and exciting ways, while delivering a workflow you can trust.”

Moving Picture Company creative director, Paul O'Shea, who supervised the visual effects on Call Of Duty: Advanced Warfare, said, "Codex Action Cam allows us to work in the tightest situations, and capture exciting POV action, without compromising the quality that we need for creating visual effects. The images from Codex Action Cam can be blended seamlessly with those from other digital cameras too. Indeed, on Call Of Duty: Advanced Warfare the camera quality was so good we could use it as a second unit camera to shoot bluescreen plates."

"Codex Action Cam came as a gift to me on the production of Alles Voor Lena – because when Codex make something it’s always serious, reliable, high-end stuff,” said Van Der Veken. “I tested other small cameras, but no other camera came close – in terms of image quality, size of the camera head and the workflow – to Codex Action Cam. The RAW pictures were perfect for what I wanted for the look of the nighttime photography, and also for invisible wire removal in post. The technical support from Codex was excellent too."

German 3D stereo specialist manufacturer, Stereotec, has incorporated Codex Action Cam into its new ultra-compact Nano Rig, a mirror/beam-splitter rig that can be used for native stereoscopic acquisition either handheld, on Steadicam and other stabilising systems, with traditional camera fixtures such as cranes and dollies, as well as for underwater cinematography. Stereotec has also developed the Side-By-Side Mini Rig incorporating Codex Action Cam. Stereotec’s Nano Rig will be shown on the Codex stand at IBC 2014.

“Thanks to the diminutive size of the Codex Action Cam heads, we have been able to develop a new range of small, lightweight and easy-to-use 3D stereo rigs, with the Camera Control Recorder delivering a solid workflow to the production,” said Florian Maier, senior stereographer and founder of Stereotec. “With Stereotec rigs, cinematographers now can shoot in even tighter places and create extraordinary new perspectives, from a economical, unobtrusive, ultra-high quality, all-in-one package.”