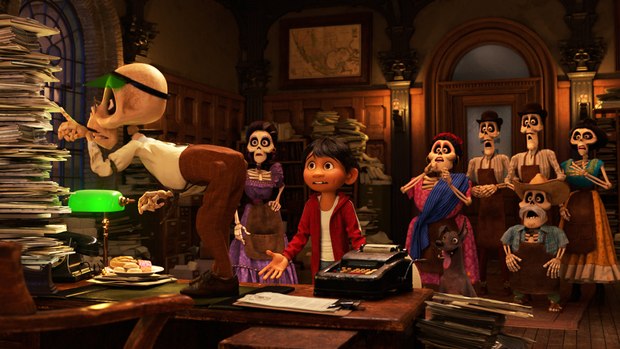 Good things come in threes for Disney-Pixar’s Coco, which topped the domestic box office for the third consecutive weekend.

Coco’s reign atop the box office will end next weekend, as Disney-Lucasfilm swamp the competition with the highly anticipated release of Star Wars: The Last Jedi.

Second place again fell to Warner Bros.’ Justice League, with $9.6 million in ticket sales. The superhero extravaganza has earned $212 million domestic and $401 million overseas for a $613 million total. Warner Bros. also became the first studio in 2017 to cross the $2 billion mark at the domestic box office, fueled by such hits as Dunkirk, Wonder Woman and It.

Fifth place went to Marvel Studios’ Thor: Ragnarok, earning $6.3 million in its sixth weekend in release. The movie is now the tenth Marvel Studios picture to earn more than $300 million domestic, with $301 million in the bank from North America and $532 from the rest of the world for a $833 million total.

Moving up one slot to eighth place is Sony Pictures Animation’s The Star. The animated children’s Christmas movie has earned $32 million domestic and $4.6 million overseas for $36.9 million overall.