Oscar-winning director exits company after 25 years, ‘not leaving to make films at another studio.’ 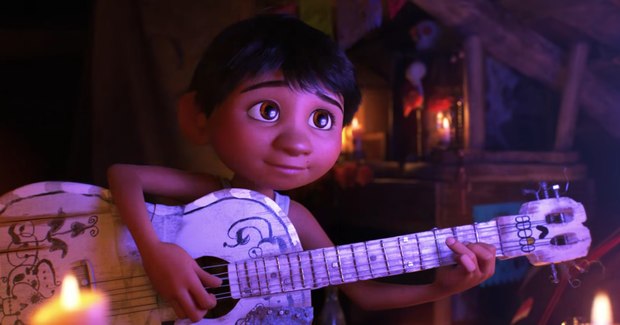 Director Lee Unkrich’s ‘Coco’ made more than $807 million at the global box office and won Oscars for Best Animated Feature and Best Original Song in 2018.

Lee Unkrich, the Academy Award-winning director of Toy Story 3 and Coco, is leaving Pixar Animation Studios, according to a report by The Hollywood Reporter.

The 51-year-old Unkrich joined the Emeryville, CA-based animation studio 25 years ago, serving as editor on its inaugural feature Toy Story. He went on to co-direct some of Pixar’s early films -- now considered classics -- including Toy Story 2, Monsters Inc. and Finding Nemo, before taking the helm as the solo director of Toy Story 3. Pixar employees were reportedly informed of Unkrich’s decision on Friday. “I’m not leaving to make films at another studio; instead, I look forward to spending much-needed time with my family and pursuing interests that have long been back-burnered,” he said in a statement to THR.

“Lee arrived at Pixar as we were crafting Toy Story, and he’s had a profound effect on all Pixar films since. He literally taught us rookie filmmakers about staging, composition, and cutting,” Pixar chief creative officer Pete Docter commented. “His artistry and expert craftsmanship as an editor and co-director became a major reason for the high quality of our filmmaking, and as Lee went on to direct, his ability to find the deep humor and emotion enabled him to create some of the strongest films we’ve made.”

“If you look at the sweep of contemporary cinema, it would be difficult to find someone more brilliant in the filmmaking arts than Lee Unkrich,” Pixar president Jim Morris said. “He has been a key player in elevating virtually every one of Pixar’s films.”

Walt Disney Studios chairman Alan Horn commented, “Lee has left an indelible mark on the world of film, and we are so grateful for the passion and talent he has brought to each movie he has worked on. He’ll always be part of the Disney-Pixar family, and we will miss him.”