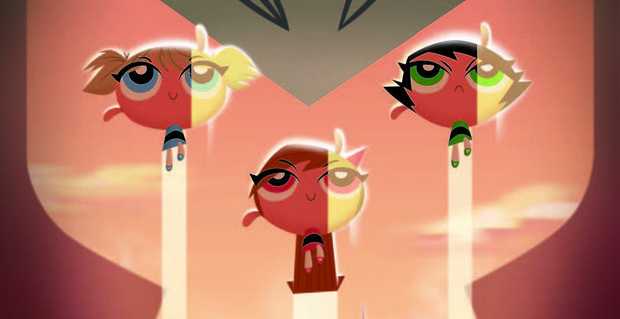 The groundbreaking Emmy award-winning series created by Craig McCracken, The Powerpuff Girls, recently celebrated its 15-year anniversary on Cartoon Network and will soar again as a brand-new, redesigned and re-imagined CG special where the tiny trio of super heroines will be called upon to rescue not just the city of Townsville, but the world, all before bedtime.

“Dance Pantsed” is set to premiere in the U.S. on Monday, January 20 at 7:30 p.m. (ET/PT) on Cartoon Network and will roll-out internationally beginning in February. The special features the original voice cast reprising their roles: Catherine Cavadini as Blossom, Tara Strong as Bubbles, E.G. Daily as Buttercup, Roger L. Jackson as Mojo Jojo, Tom Kane as The Professor and Tom Kenny as The Mayor with a special guest appearance by Beatles legend Ringo Starr as Fibonacci Sequins, Townsville’s most famous flamboyant mathematician. In addition, Ringo Starr performs an original music video and song “I Wish I Was a Powerpuff Girl.”

Cartoon Network has unveiled a new promo for the special, giving fans a peek at the new CG look for the pint-sized trio. Check it out, below: