A spin-off of the popular ‘We Bare Bears,’ the all-new animated comedy features the lovable siblings as their baby selves, traveling in search of a home; the series premieres January 1 on Cartoon Network. 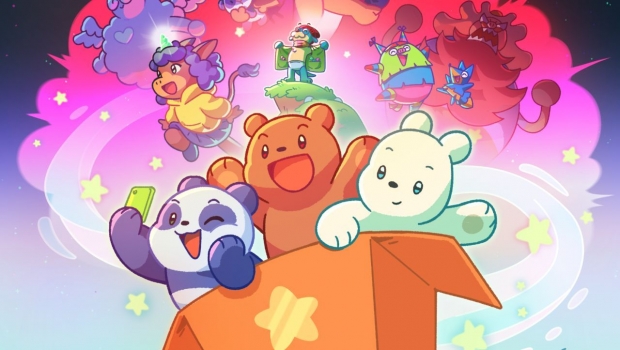 Cartoon Network is launching an all-new original 2D animated comedy, We Baby Bears, a spin-off of the popular We Bare Bears. In the new show, Grizz (Connor Andrade), Panda (Amari McCoy), and Ice Bear (Max Mitchell) travel as their younger baby selves in a magical box to fantastic new worlds, searching for a place to call home. Along the way, they meet new friends, learn a few lessons, and discover that “home” can mean wherever they are, as long as they’re together.

“We Baby Bears is the first original Cartoon Network series to kick off our Redraw Your World campaign and there isn’t a better, more authentic representation of our new brand promise than these baby bears looking for the place they fit in,” shared Amy Friedman, Head of Kids & Family Programming, Warner Bros. “Partnering with TRI.BE on the original theme song, their message, ‘We are perfect as we are,’ doubles down on themes of inclusivity and acceptance which we think kids everywhere will be drawn to.”

The theme song for the series, “The Bha Bha Song,” is performed by up-and-coming Universal Music Korea K-Pop, TRI.BE. Their first-ever mini-album, Veni Vidi Vici was released last month, and they have been steadily growing their fanbase worldwide. Quadrilingual, the group is the first of its kind speaking and singing in Chinese, English, Japanese, and Korean.

Following the January 1 premiere, tune in for an encore marathon from 12:30 p.m. – 8:00 p.m. ET/PT on Cartoon Network. See full programming lineup below: Fans can tune in for two new episodes every Saturday at 9:00 a.m. ET/PT throughout the month, beginning January 8: