‘Rick and Morty’ hosiery from Hyp will be available this fall at specialty stores. Because Rick Sanchez cares. 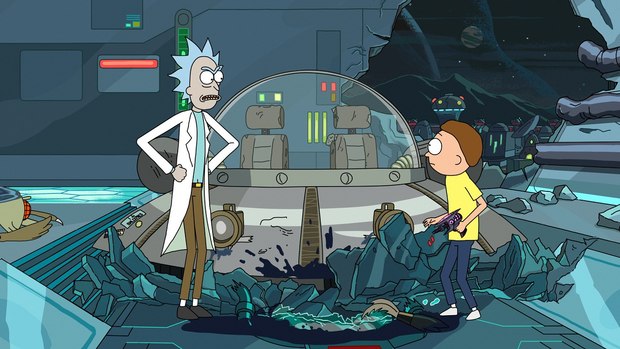 Cartoon Network Enterprises announced the addition of new apparel and accessories partners for Rick and Morty, Adult Swim’s animated series. Joining current apparel and accessories partners Ripple Junction and Zen Monkey, Underboss, Bioworld, Hot Properties Merchandising, Daylight Curfew, Hyp and Surreal Entertainment have all signed on to create ranges of products based on the popular original series. The announcement comes in advance of MAGIC Las Vegas, where many of the following new products will be displayed:

“As Rick and Morty continues to surge in popularity, we are delighted to work with new partners to provide fans with a broad assortment of products based on the series,” said Pete Yoder, vice president, Cartoon Network Enterprises, North America. “Fans will now be able to wear their fandom with t-shirts, sweatshirts, and accessories including headwear, bags, wallets and more.”

Created and executive produced by Dan Harmon (Community) and Justin Roiland (Adventure Time), Rick and Morty follows a sociopathic genius scientist who drags his inherently timid grandson on insanely dangerous adventures across the universe. When season two premiered in July 2015, it was ranked #1 in its time period among all key adult demographics, and it is now currently in production for season three.