CMP Announces Raft of International Presales for ‘Sindbad & The 7 Galaxies’ 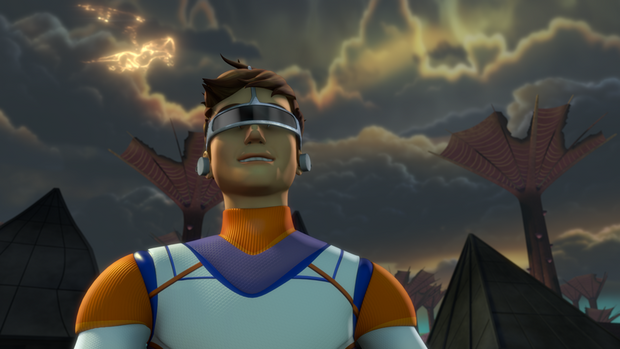 Masilamani’s latest creation chronicles the intergalactic adventures of Sindbad, an extra-terrestrial who lives on Earth in the guise of a 14-year-old boy.

CMP has recruited a network of sales agents to market Sindbad & The 7 Galaxies. Munich-based Your Family Entertainment brokered the deals with Discovery and Amazon US. Specialist digital distributor MoMedia closed the ERT Greece sale, while Hong Kong-based Lightning International secured the MediaCorp deal. “As these deals confirm, pre-sales for Sindbad continue to build, with interest strong from both the digital and linear platforms,” said Paul Robinson, director of CMP. “These latest sales not only validate our positioning of the show as both a digital and traditional broadcast proposition, but also confirm that our commercial and creative instincts are sound. Sinbad will do the business for channels and platforms, while giving children a fresh and exciting comedy adventure that will inspire, amuse and educate.”

CMP is now planning season two of Sindbad & The 7 Galaxies, adding a further 26 x 11 mins to the series. The second series will be greenlit when production finishes on the first series in July 2017. In the series, Sindbad lives a normal life doing normal teen things: going to school, hanging with friends, playing sports and computer games, and pushing the parental boundaries. The difference is that Sindbad has special powers and a spaceship in his basement, in which he and his pals embark on daring missions to save the seven galaxies from disaster. Inspirational characters, cool settings and fantastical storylines with pro-social messages combine with life lessons on the value of friendship to make Creative Media Partners’ debut production a genuine celebration of childhood.

Sindbad & The 7 Galaxies is produced by New Zealand-based Huhu Studios, with animation produced in Taiwan and Beijing. The show is available globally for free TV, pay TV and digital for television and mobile.